WIAA, University of Wisconsin Study Shows Depression, Anxiety Up Among Student-Athletes Due to Shutdowns

Of the more than 3,000 participants, 65% reported anxiety symptoms, with 25% of those being moderate or severe.

STEVENS POINT, Wis. – The effects of the pandemic are still being felt throughout high school sports. Right now, the question of whether or not we’ll have sports in the fall is weighing heavily on school administrators, coaches and of course, the student-athletes. But how is the uncertainty impacting the mental health of those players? A recent study tried to answer that question.

Back in May, the Wisconsin Interscholastic Athletic Association partnered with the University of Wisconsin to look into how sports cancellations due to the coronavirus pandemic have impacted the mental health of student-athletes. Dr. Tim McGuine, who is also a member of the WIAA Sports Medical Advisory Committee, led the research study.

“Child health experts from the United States and around the world have talked about that these school closures and cancellations will really impact these kids and they haven’t really been studied. So we wanted to go ahead and try to do that here in Wisconsin,” McGuine said.

And the findings were alarming. Of the more than 3,000 participants, 65% reported anxiety symptoms, with 25% of those being moderate or severe. 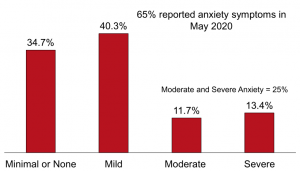 On the topic of depression, nearly 70% reported mild to severe symptoms. 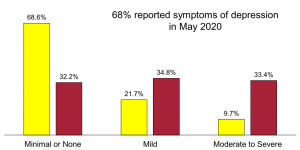 Physical activity in the month of may was down 50% compared to historical data. 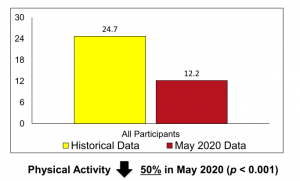 And the study showed declines across the board in different aspects of health-related quality of life. 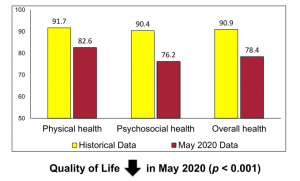 “Right now we’re estimating based on our calculations 66,000, or two-thirds, of the Wisconsin interscholastic athletes are at risk for depression. Mental health is not just a one-off where it’s effecting these kids in the short-term. The mental health experts I work with say disorders that manifest themselves in youth and adolescence really become problems not just then, but later in life,” McGuine said.

“It’s a big part of kids lives. It’s a big part of their routine, playing sports, playing school-based sports. It gets kind of ripped away from you, the not knowing. There’s an increase in anxiety and depression and more students are dealing with that so obviously the student-athletes are going to reflect that increase also,” Smith said.

The WIAA now faces the challenge of weighing the benefits of resuming sports with the downside of spreading COVID-19.

“There were studies back in April looking at worldwide that showed that school closures did not have a meaningful impact on the infection or death rates in those things. I have a 92-year-old family member in a long-term care facility right across the road from a school where they normally have kids playing soccer and softball all summer. The safety hasn’t been impacted at all by not having kids play this year because the nursing home lock down and they have procedures in place to do that. I’m hoping we can get there and find that compromise to do both,” McGuine said.

So now that we have the results, what is the plan moving forward?

“Athletic departments and coaches need to be aware of those things. They need to read some of that research and look at some of the ideas to try to implement some of the ideas of some of the experts that are coming out on mental health for our student-athletes. And this pandemic just emphasized that,” Smith said.

The WIAA says they will conduct a follow-up study if sports return in the fall. For complete information on the study, click here.