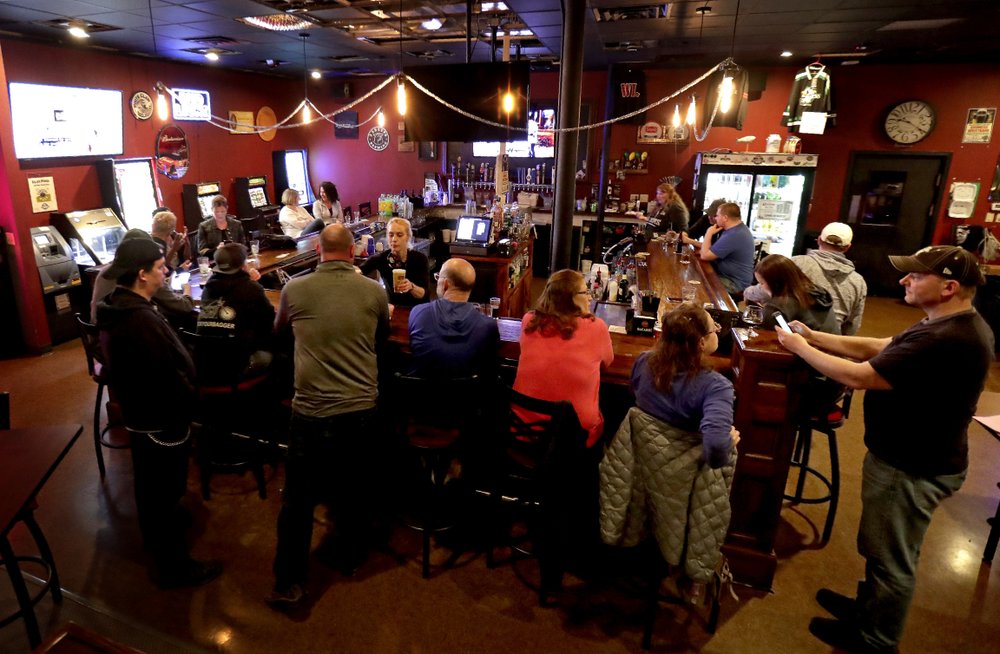 MADISON, Wis. (AP) – Public health officials are closing indoor service at bars in Madison as the Fourth of July weekend approaches and as the number of reported coronavirus cases accelerate.

Many of the new cases involve young people in Wisconsin’s largest college community. The order from Public Health Madison & Dane County allows bars that have patios to keep them open and it limits the number of people who may eat inside restaurants to 25% capacity.

Since June 13, 614 people have tested positive for coronavirus, and half of them were between the ages of 18 and 29.

Bar owners are weighing a legal challenge. Tavern League of Wisconsin lobbyist Scott Stenger said health officials are not taking into account what role recent protests over police brutality may have in the surge.

The National Bureau of Economic Research released a paper last week that found little evidence that police brutality protests across the country caused a significant increase in infections.

The paper said if the protests had driven a surge in cases the increase would have become apparent within two weeks, but that didn’t happen in many cities with the largest protests, including New York, Chicago, Minneapolis and Washington, D.C.

The protests began the night after George Floyd died in Minneapolis police custody on May 25. The paper has not been published by a peer-reviewed journal.