Walz asked President Donald Trump to declare a “major disaster” because of extensive damage to public infrastructure following the death of Floyd on May 25 after a white Minneapolis police officer pressed his knee against the handcuffed Black man’s neck for nearly eight minutes.

A preliminary assessment found more than $15 million of eligible damages directly related to the fires.

Among the structures destroyed was a Minneapolis police station. 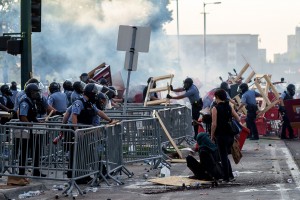