EVELETH, Minn. — Two people have survived a plane crash that happened at about 3 p.m. on Sunday, in a spruce bog in Fayal Township southeast of Eveleth, according to the St. Louis County Rescue Squad.

According to a post made on the St. Louis County Rescue Squad Facebook page, crews used the South Marsh Master on the plane, which was found deep in a spruce bog in Fayal Township southeast of Eveleth.

Many agencies responded to the scene, including the Air Force Rescue Coordination Center.

FOX21 has reached out to St. Louis County for updates, but have not been provided any.

No other passengers were on-board. 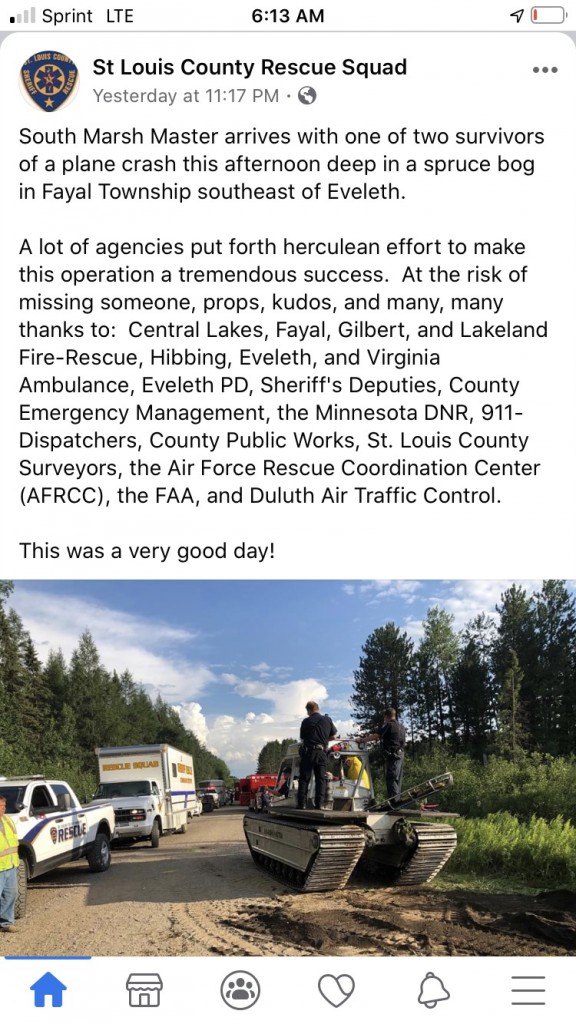