Chief Administrative Officer title can't be changed without unanimous council vote because it's in the city charter. 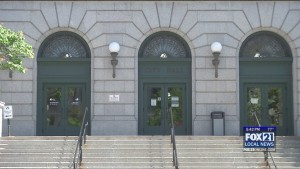 DULUTH — Mayor Emily Larson has dropped the word “chief” from one of the city’s top positions — calling that word “offensive” to the indigenous community.

The “Chief Financial Officer” title is now known as the “Finance Director.”

Mayor Larson was able to make that change on her own because the position is not listed in the city’s charter, which requires a unanimous vote by the council when changes are made to it.

But the “Chief Administrative Officer” title remains the same – for now — because it is named in the city charter.

It was last month when the council voted to table a resolution that called for that job title to change to “City Administrator.”

Councilor Derek Medved had concerns with the statement of purpose behind the name change. At Monday night’s city council meeting, he said he planned to support the name change in the future after further discussions with councilors to find common ground and respect for all.

Larson has said removing the word “chief” from job titles is a way to be more inclusive while using less language that is “rooted in hurt and intentional marginalization.”

There is no immediate push to change the police and fire chief titles.

Meanwhile, Mayor Larson is currently looking for a new finance director because longtime CFO Wayne Parson is retiring in the coming months.

“After 39 years of public service (15 of those years with the City of Duluth) I will be retiring this Fall.  It has been a pleasure to have served the citizens of Duluth as the City’s Chief Financial Officer and look forward to spending more time with friends and family,” Parson said in a statement to FOX 21.