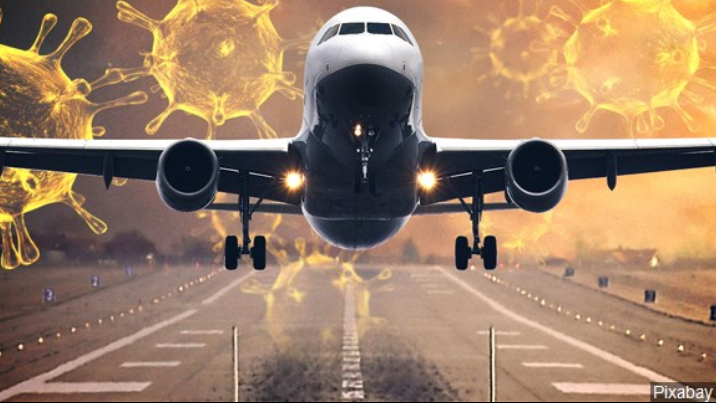 ALBANY, N.Y. (AP) — New York Gov. Andrew Cuomo added four more states to New York’s quarantine list on Tuesday as he sought to contain the spread of COVID-19 from regions of the country where infection rates are growing.

The addition of Minnesota, New Mexico, Ohio, and Wisconsin means that travelers from 22 states will be required to quarantine for 14 days upon entering New York.

The list of states that meet New York’s travel advisory’s metrics has continued to grow each week as coronavirus cases continue to spike nationwide.

Cuomo has warned that New York’s dropping number of infections could be reversed if out-of-state travelers lead to a rise in infections.

The state reported just five deaths of COVID-19 patients in hospitals and nursing homes Monday, but the percentage of people testing positive for the coronavirus ticked up to 1.5% from a level of about 1% where it had been since mid-June, and Cuomo said gatherings over the Fourth of July weekend were to blame for some of the new infections.

“It’s also clear based on contact tracing that many of the new cases in New York are a result of a lack of compliance during the July 4 weekend and illustrate how quickly the virus spreads, with one party, for example, infecting more than a third of attendees,” Cuomo said in a news release. “I cannot be more clear: Look at what’s happening in the rest of the country — if we are not smart, if we don’t wear masks and social distance, cases will spike. No one wants to go back to the hell we experienced three months ago, so please stay vigilant.”

Cuomo’s office said that state and local contact tracing efforts found that just over a third of people who attended a Fourth of July weekend party in Suffolk County became infected with COVID-19.

Cuomo announced Monday that out-of-state travelers arriving in New York airports from the list of states face a $2,000 fine and a mandatory quarantine order for failing to fill out personal information on a tracing form that New York will use to help make sure individuals are quarantine.