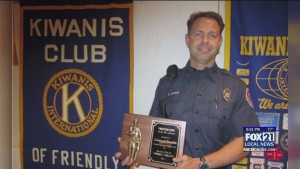 DULUTH, Minn. – The Duluth firefighter cited for assaulting a woman on a Duluth trail last week has been placed on paid administrative leave. 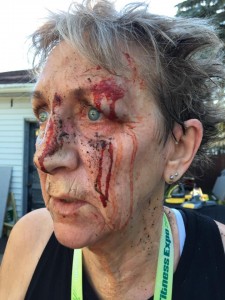 According to Duluth Fire Chief Shawn Krizaj, Conrad Sunde, 48, was put on paid leave on Monday, July 13 pending the results of an internal investigation.

According to police reports, the incident happened on the Duluth Traverse Trail Friday morning when a 65-year-old woman encountered Sunde biking on the trail with three off-leash dogs and asked him to leash them.

The woman told police she was then assaulted by Sunde, which left her with non-life-threatening facial injuries.  Police said Sunde used his bike to strike the woman who then fell to the ground.

Sunde — a nearly 20-year veteran of the fire department — would later turn himself in to police after police released a suspect description to the public.

Sunde was cited with 5th-degree assault — a misdemeanor —  and a citation for having the dogs off-leash.

Mayor Emily Larson later released this statement about the incident.

The Latest: Ex-Pharmacist Gets 3 Years in Jail for Tampering