Floyd Attorneys to Announce Lawsuit Against City of Minneapolis, Officers Involved in Death 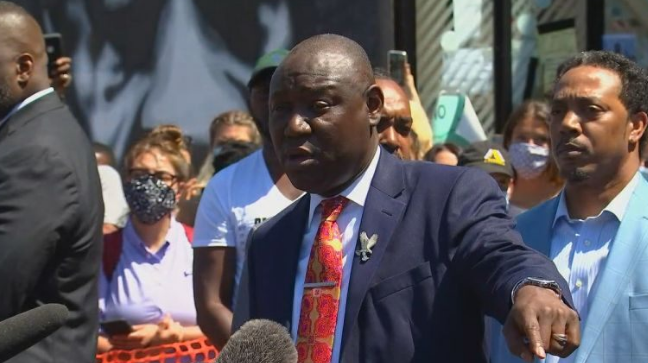 MINNEAPOLIS (AP) – Attorneys for George Floyd’s family are set to announce a civil lawsuit Wednesday against the city of Minneapolis and the police officers involved in his death.

Floyd, a Black man who was handcuffed, died May 25 after Derek Chauvin, a white police officer, pressed his knee against Floyd’s neck for nearly eight minutes as Floyd said he couldn’t breathe.

Three other officers at the scene – Tou Thao, Thomas Lane and J. Kueng – are charged with aiding and abetting both second-degree murder and manslaughter.