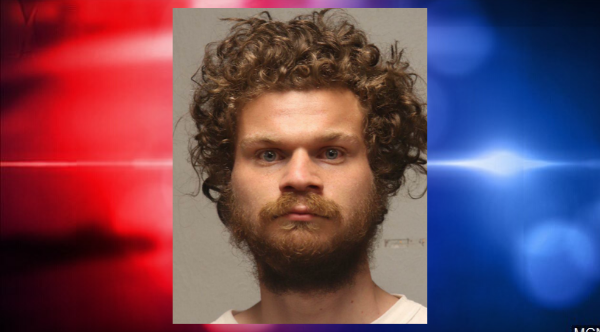 DULUTH, Minn. – A Duluth man is facing five charges of second-degree burglary after police say he broke into three local area businesses and stole various items at each location between May and June.

Court records state that 19-year-old Colten West Reilly was charged on Wednesday for five burglaries at the Smokeshop, Piedmont Liquor, and the Dollar Tree in Duluth.

According to the criminal complaint, on May 25 authorities responded to three separate break-ins at the Smokeshop, Piedmont Liquor, and the Dollar Tree.

At each location, officers learned that the suspect had broken in by smashing a glass door and stole multiple items in each business while inside.

Duluth Police say they responded to two more burglaries at the Smokeshop on June 29 and June 30 where they again found that the suspect had broken into the business by smashing a glass door and stole various items.

After reviewing security video footage from all of the locations, investigators believed the break-ins were all committed by the same suspect.

According to the criminal complaint, investigators received a tip that Reilly was likely the suspect in the burglaries.

Investigators compared photos of Reilly with the security footage and determined there was a striking resemblance between Reilly and the individual in the footage from all five break-ins.

Authorities obtained a warrant for Reilly’s residence where they retrieved a pair of black shoes with red laces that were seen in the security footage of the break-ins as well as a red bandana and two vape cartridges.

According to the criminal complaint, Reilly admitted to police during questioning that he was responsible for all five burglaries.

Reilly is scheduled to be back in court on August 11.