DULUTH, Minn. – Two of Duluth’s biggest nightclubs are operating very differently during COVID-19. For The Flame Nightclub, it’s a shutdown dance floor.  For Grandma’s Sports Garden — it’s a temporary closure of the entire venue. FOX 21’s Dan Hanger takes a look at the balance of health and safety versus bigger entertainment venues designed to bring hundreds of people closer together.

The Sports Garden in Canal Park — under the Grandma’s Restaurant Company umbrella — is one of the city’s premiere venues for all types of special events and entertainment, including the popular nightclub vibe on weekends. 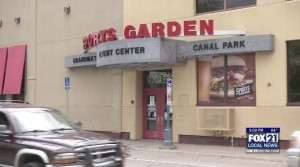 But concerns around COVID-19 have turned the dance floor and its 20,000 square-foot building dark since the middle of March.  It’s closed until further notice — possibly opening for banquets in the fall — but most definitely not returning to the nightclub business — at least this year, according to Grandma’s Restaurant Company President Brian Daugherty.

“Oh how I long for the good old days when we used to just worry about good food and service,” Daugherty said.

Daugherty says the pandemic has sped up discussions about the future for The Sports Garden — a building he believes is underutilized. 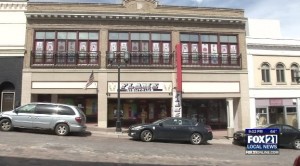 “It performs well for big events when it’s doing it — and then it sits dormant when it’s not. There’s a higher and bigger use than that purpose for that space,” Daugherty said.

And that could mean selling to the right buyer, especially with cash flow halted for The Sports Garden combined with the uncertainty of the pandemic’s lasting social effects.

“If Cabela’s came in town today and said they wanted this, we would say absolutely. But we’re trying to find its purpose as a food and beverage because that’s what we do, but if a bigger name came along at this time because the opportunity is right, we would certainly look at it,” Daugherty explained.

For The Flame in downtown Duluth, the dance floor that’s known to be full of people on weekends has now turned into tables — six feet apart — with nearby signs stressing social distancing and no dancing per the governor’s order. 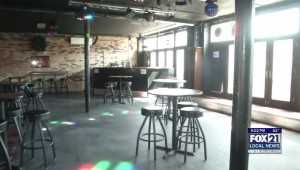 Nicole Barclay, who manages The Flame, the city’s first openly gay bar, says the shoulder-to-shoulder atmosphere has changed for now, a DJ is still playing music though and the 50-percent capacity rule has actually forced people to socialize more.

“People are playing more pool, playing more darts, their having more conversation, and I think that’s, that’s a really cool piece of all of this. People are kind of forced to talk more,” Barclay said.

But the goal of course is to get back to the packed dance floor sooner than later while, Barclay says, following state guidelines.

“We don’t want to do it before it’s safe, but as soon as it is safe we’re excited to have people dancing and let them party and everybody get together. It’s just a fun time and everybody enjoys themselves so much,” Barclay said. 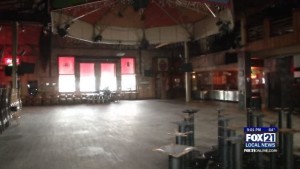 And as for Daugherty, who oversees not only The Sports Garden but also Grandma’s Saloon and Grill. Little Angie’s and Bellisio’s, he says every day is bringing new challenges to the company with regards to COVID-19 but that he and his team are all in to keep the company’s 40-plus year history alive for decades to come.

Daugherty says he’s encouraged by the amount of people wanting to visit Grandma’s restaurants now that it’s allowed during the pandemic. He says outdoor seating options combined with the nice summer weather have helped.

The Flame, which was sold to a new owner just weeks before the governor shut down bars and restaurants, is open seven days a week with plenty of room to social distance. All are welcome.