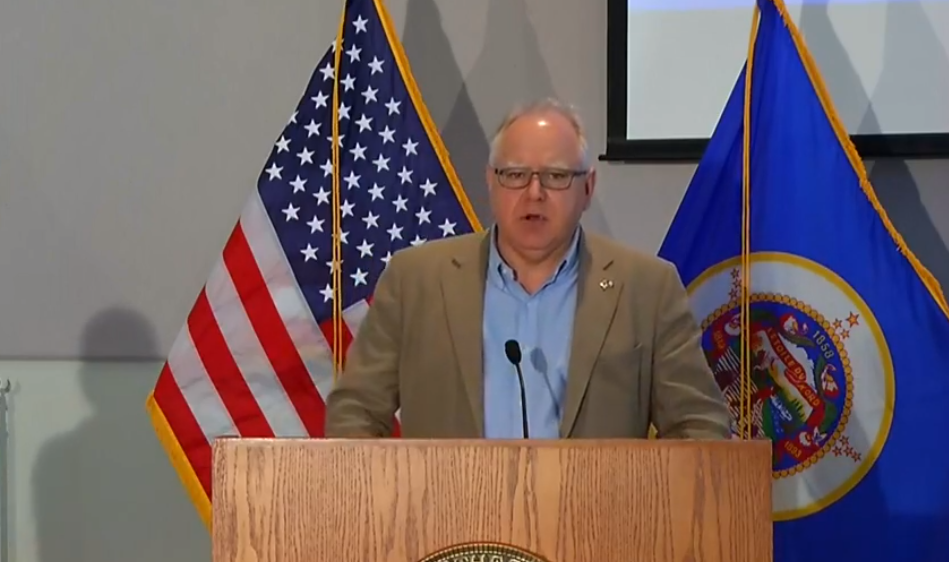 ST. PAUL, Minn. (AP) — Gov. Tim Walz is expected to announce a statewide face mask mandate on Wednesday to try to slow the spread of the coronavirus.

The governor has scheduled a news conference with health officials and business owners to announce his “next steps in the state’s response to COVID-19.” His spokesman said it will be an announcement about masking but declined to release details.

Walz told reporters Tuesday that he was close to announcing a decision on whether to require people across the state to wear masks in public. He said businesses have been telling his administration that they support a mask requirement.

The Minnesota Hospital Association last week called on the governor to order masks statewide, but Republican legislative leaders have said it would be a mistake.

The number of new coronavirus infections has been trending upward in Minnesota, though not as fast as the spikes being experienced in some other states. The number of Minnesotans hospitalized with COVID-19 had been relatively flat in recent weeks, but the Minnesota Department of Health on Monday reported that the number of patients hospitalized in non-intensive care beds was the highest in about a month.