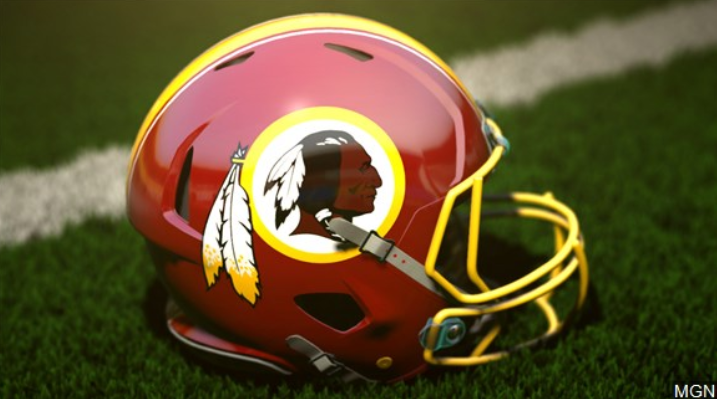 (AP) – The NFL team formerly known as the Redskins will go by the Washington Football Team for the 2020 season, giving the organization time to choose a new, full-time name.

The club announced the placeholder name Thursday, ahead of the start of training camp next week.

“The decision to use ‘Washington Football Team’ for this season allows the franchise the ability to undertake an in-depth branding process to properly include player, alumni, fan, community, and sponsor input,” the team said in a statement. “To date, we have been pleased to see so many people putting forward their vision of what the new name and design should be on their social media channels and we look forward to including their feedback as this process progresses.”

Washington will keep its burgundy and gold colors and replace the Indian head logo on helmets with a player’s jersey number. All references to the Redskins name and logo will be removed from the team’s headquarters in Ashburn, Virginia, and FedEx Field in Landover, Maryland.

Owner Dan Snyder recently dropped the Redskins name amid pressure from sponsors and after decades of criticism from Native American advocacy groups. On Monday, he hired Terry Bateman as executive vice president and chief marketing officer to oversee the name change and re-branding process.

Minnesota Power Crews On Their Way Back From Florida