Arrest Made in 1986 Chisholm Cold Case Murder of Nancy Daugherty

ST. PAUL — The Bureau of Criminal Apprehension and the Chisholm Police Department have made an arrest in the 1986 murder of Nancy Daugherty of Chisholm.

Michael Allan Carbo Jr., 52, of Chisholm, was taken into custody earlier today and booked into the St. Louis County Jail in Virginia on probable cause of second-degree murder.

Nancy Daugherty was last seen alive just after Midnight on July 16, 1986. That afternoon, Chisholm police officers conducting a welfare check located Nancy Daugherty deceased inside of her home. She had been beaten, sexually assaulted, and strangled. Evidence at the scene indicated that a struggle had occurred both outside and inside the home. Witnesses later reported hearing a woman screaming in the early morning hours. 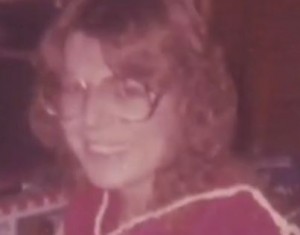 BCA scientists obtained a full DNA suspect profile from bodily fluids found on the victim and at the scene, but the DNA did not match any persons in the criminal DNA database.

Over the years investigators interviewed and collected DNA from more than 100 people. Periodic case reviews also happened over the years, but none led to a solid lead in the case, and periodic comparisons of evidence DNA to the DNA database did not result in a match.

In early 2020, the Chisholm Police Department approached the BCA wanting to provide a sample of the DNA evidence to Parabon. The company analyzes public genealogy databases that have law enforcement programs to generate leads in cases. The BCA laboratory coordinated with the company to provide a DNA sample from the decades-old evidence. Based on their analysis and search, Parabon in July identified Carbo as a potential suspect in the case.

Carbo will be charged in the days ahead by the St. Louis County Attorney’s Office. This remains an ongoing and active investigation.

A press conference will be held at 8:15 p.m. in Chisholm tonight.