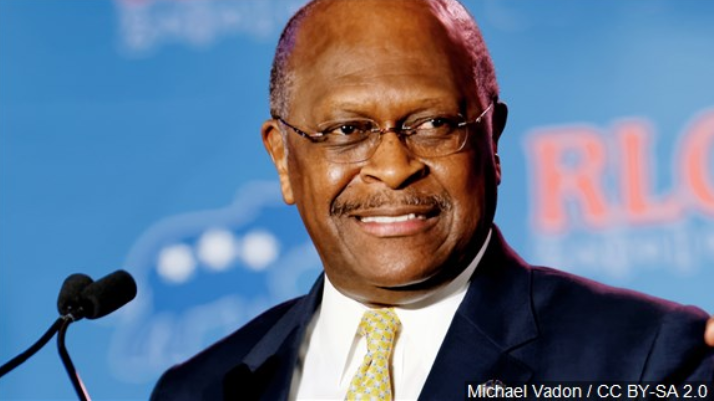 ATLANTA (AP) — Former GOP presidential candidate Herman Cain has died after battling the coronavirus. He was 74.

A post on Cain’s Twitter account on Thursday announced the death. Cain had been ill with the virus for several weeks. It’s not clear when or where he was infected, but he was hospitalized less than two weeks after attending President Donald Trump’s campaign rally in Tulsa, Oklahoma, in June.

The former pizza company executive has been an outspoken backer of the president and was named by the campaign as a co-chair of Black Voices for Trump.

“We knew when he was first hospitalized with COVID-19 that this was going to be a rough fight,” read an article posted on the Twitter account. “He had trouble breathing and was taken to the hospital by ambulance. We all prayed that the initial meds they gave him would get his breathing back to normal, but it became clear pretty quickly that he was in for a battle.”