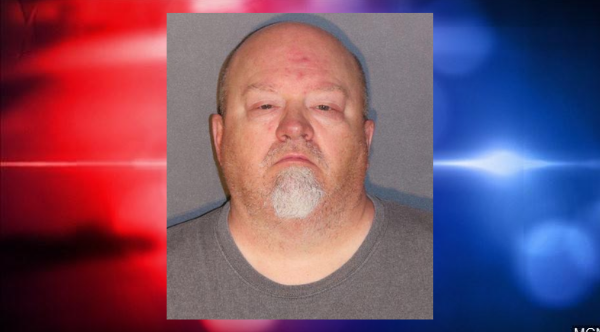 CHISHOLM, Minn.-A Chisholm man has now been charged after being arrested yesterday in a 1986 cold case murder.

Michael Allan Carbo Jr., 52, was formally charged with second-degree murder for the murder of Nancy Daugherty.

Carbo was arrested Wednesday and booked into the St. Louis County Jail in Virginia after BCA lab results determined Carbo was a match to DNA left at the crime scene.

Daugherty was last seen alive just after Midnight on July 16, 1986, after being dropped at her house by her boyfriend.

That afternoon, Chisholm police officers conducted a welfare check and located Daugherty deceased inside of her home. She had been beaten, sexually assaulted, and strangled.

Over the years investigators interviewed and collected DNA from more than 100 people. Periodic case reviews also happened over the years, but none led to a solid lead in the case, and periodic comparisons of evidence DNA to the DNA database did not result in a match.

According to the criminal complaint, DNA analysis of vaginal swabs resulted in “a full nuclear unidentified male profile from a sperm cell fraction.”

In early 2020 the Chisholm police department contacted Parabon Nano Labs Inc. to utilize their genetic genealogy in an effort to identify suspects in the case.

In July, Parabon contacted law enforcement to inform them that a local male, Michael Allan Carbo Jr., was found to be associated with the genetic lineage of the unknown DNA.

According to the criminal complaint, authorities learned that Carbo had been living less than a mile away from the crime scene in 1986 and attended school with Daugherty’s children.

On Monday, the BCA laboratory reported a DNA match to the sperm cell fractions found on the victim and at the scene.

Carbo is scheduled to be back in court on August 6.

His bail has been set at $1 million.