The Canadian Goose Caught in String Was Cut Free, Then Transferred For Further Medical Care

DULUTH, Minn. – Millions of animals are injured or even killed annually due to the careless actions of human beings.

Littering – whether it be cans, containers, string, or fishing line, these materials don’t mix well when coming into contact with animals.

Wildwoods Wildlife Rehab Center in Duluth is speaking out regarding a recent incident that could have taken the life of a Canadian goose if it weren’t for the quick actions of good people.

“These things don’t have to happen,” said Jessica LaBumbard, executive director at Wildwoods.

Numbers show it’s been a busy year for the facility located at 4009 West Arrowhead Road in Duluth.

Since reopening in May, Wildwoods has helped care for and rehabilitate nearly 700 animals.

Recently, staff worked to save the life of a Canadian goose that found itself tied up in string.

LaBumbard said the helpless animal was so badly injured, the blood supply was cut off to one leg.

Staff had to work quietly and patiently for hours to cut free the goose, a practice they use far too often on waterfowl.

“Unless somebody finds them, they can suffer pretty terribly. This goose couldn’t use its left leg, therefore, it can’t eat properly then and it certainly can’t flee from predators, so a lot of times what happens is a slow starving death,” said LaBumbard.

Labumbard can’t stress enough the importance of protecting wildlife and doing our part to make sure traumatic incidents don’t happen.

She says if people work together, it’s a simple way to help save multiple lives.

“Don’t litter, make sure your trash is contained and cleaned up so animals don’t have access to it. It’s suggested you think about changing the type of ammunition you use, collect fish line and find alternatives to lead lures,” said LaBumbard.

Roughly 70 percent of animals taken to Wildwoods are dealing with an injury caused by humans.

Staff at Wildwoods says a big takeaway for those enjoying summer fun out on local lakes is to always collect fishing lines and lures if they break. If it doesn’t end up in the fish itself, it will sooner or later end up in waterfowl.

Labumbard says without the help of good Samaritans, a helpless life could be lost too soon.

Adult or injured animals are taken care of by Wildwoods for up to 48 hours and then transferred to the Wildlife Rehab Center located in Roseville, Minnesota.

Raptors and waterfowl are given immediate care, then transferred to the Raptor Center in St. Paul. 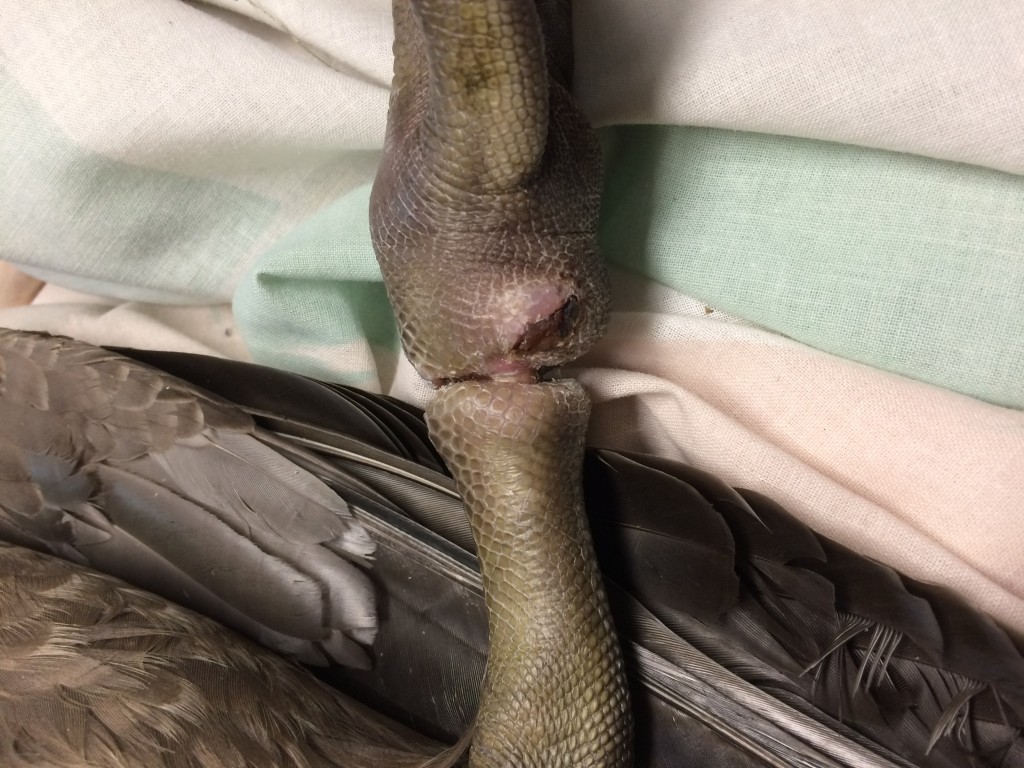