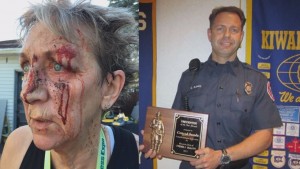 DULUTH, Minn. — A Duluth firefighter is now serving a 30-day unpaid suspension after being accused of assaulting a woman on a West Duluth trail in July.

Conrad Sunde, 48, was originally placed on paid administrative leave in mid-July during an internal investigation about the assault.

Sunde was cited in July with a 5th-degree assault charge after police say he struck a 65-year-old woman with his bike and again when she was on the ground after she told him to leash his three dogs.

Sunde later turned himself in to police after the department released a suspect description to the public.

A city spokesperson told FOX 21 Thursday that the nearly 20-year veteran of the department remains a city employee during his suspension.

The misdemeanor against him comes with a sentence of up to 90 days in jail and-or a $1,000 fine.

That type of charge in Duluth is handled by the City Attorney’s Office, not the county attorney.