Trump Abruptly Escorted From Briefing Due to Shooting Outside White House 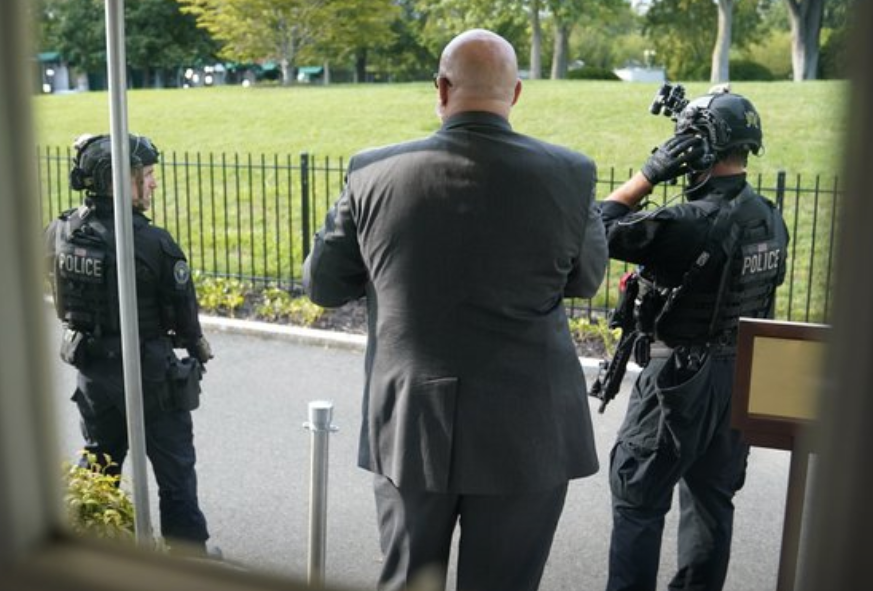 WASHINGTON (AP) — President Donald Trump was abruptly escorted by a U.S. Secret Service agent out of the White House briefing room as he was beginning a coronavirus briefing Monday afternoon. He returned minutes later, saying there was a “shooting” outside the White House that was “under control.”

“There was an actual shooting and somebody’s been taken to the hospital,” Trump said. The president said the shots were fired by law enforcement, saying he believed the individual who was shot was armed. “It was the suspect who was shot,” Trump said.

Trump said he was escorted to the Oval Office by the agent. The White House was placed on lockdown following the incident.