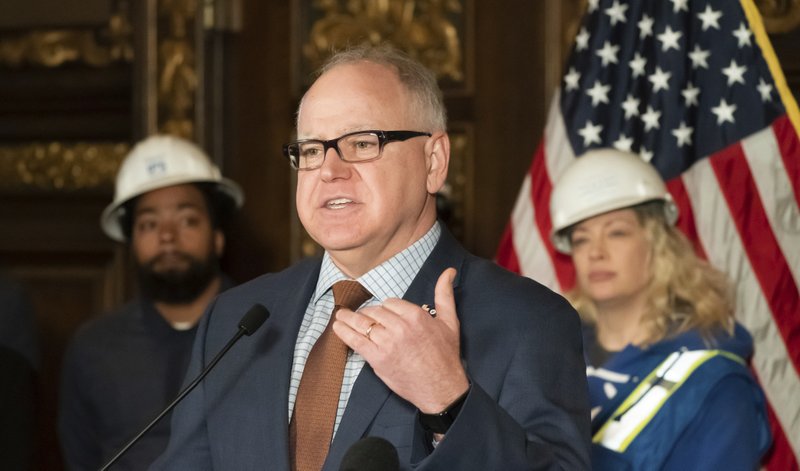 ST. PAUL, Minn. (AP) — A man accused of threatening to kill Gov. Tim Walz over his endorsement of Rep. Ilhan Omar for Congress has been charged in Ramsey County District Court.

A criminal complaint filed Thursday says 51-year-old Shawn Simonson, of Blaine, left a message on the governor’s public State Capitol line Aug. 2 that threatened to leave Walz’s body in an empty building and then burn it down over his endorsement of Omar.

The complaint charging Simonson with threatening violence says he told investigators he was frustrated about government restrictions connected to the corona­virus pandemic and recent civil unrest.

“I wasn’t thinking straight when I said those stupid things,” the complaint quoted Simonson as saying. He went on to say he was “feeling sick” about what he said and needs to work on his “anger management.”

The Minnesota Bureau of Criminal Apprehension tied Simonson’s phone number to similar threats made in April. That call prompted a visit from a state trooper and a Blaine police officer, the Star Tribune reported.