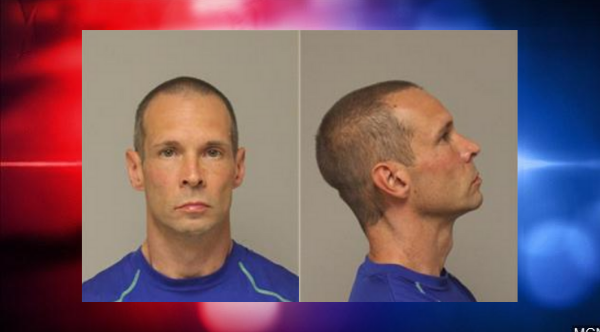 LINO LAKES, Minn. (FOX 9) – A 43-year-old Hermantown, Minnesota man has been charged in a deadly shooting at a Lino Lakes home, according to the Anoka County Sheriff’s Office.

Nicholas Walter Zielinski is charged with second-degree murder for the death of 22-year-old Karl Mitchell Henderson.

According to the criminal complaint, on Thursday around 2:35 p.m., Lino Lakes police officers responded to a reported shooting in the 6900 block of West Shadow Lake Drive.

A man told police he had just returned home from grocery shopping when he saw an unfamiliar black SUV in the driveway. When he went inside, he found two people, a male, and female, who he didn’t know. He followed them outside and asked them what they were doing. The man, later identified as Zielinski, replied, “Your son stole on me,” and “I’ll take you out too.”

After Zielinski and the female drove off, the man went back inside his home and found his son lying injured in his bedroom. First responders determined the son was shot in the abdomen and pronounced him dead at the scene.

While investigating the son’s room, officials found a 9mm handgun. DNA was taken from the grip of the gun matched to Zielinski. The victim’s father also picked out Zielinski in a photo lineup.

Neighbors with Ring surveillance cameras captured images of the black SUV driving away from the shooting. Investigators determined it was likely a GMC Terrain. Once authorities tracked down Zielinski’s address, they learned a female who lived at the same location owned a black GMC Terrain.

Officers are still trying to identify the female suspect in connection to the homicide. Anyone with information is asked to contact the Anoka County Sheriff’s Office.

Adult, Juvenile Arrested in Ashland for Criminal Damage to Property