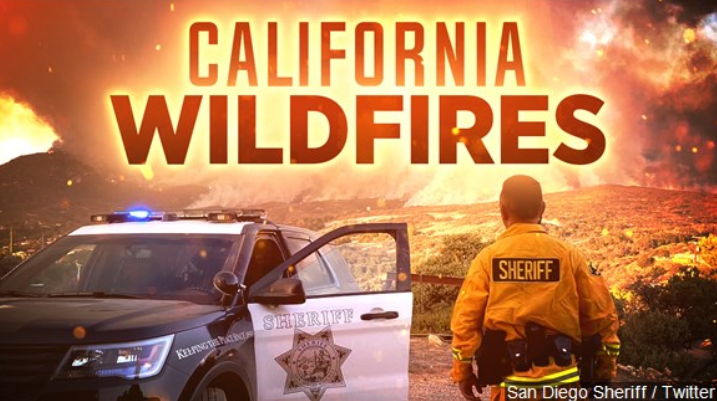 Diablo winds in northern California and Santa Ana winds in the south are forecast in areas where blazes already have grown explosively.

More than 14,000 firefighters are battling California’s fires from the Sierra National Forest to San Diego.

In Washington, more acres burned in a single day than firefighters usually see all year.

Fires also forced people to flee in Oregon and Idaho. A temperature plunge of helped contain wildfires in the Rocky Mountains, but no such respite appears in store for California.