Squads canvassed the area and located no suspects. No injuries reported 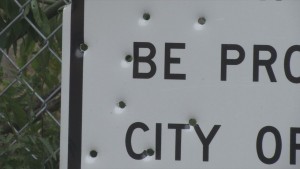 DULUTH, Minn. – Duluth police officers heard several shots in the area of the 100 Block of the E #2 Alley around 2:30 a.m. Sunday.

That location is the alley between 1st and 2nd streets — behind the former Kozy building.

When squad cars arrived they located 17 casings and a damaged sign.

Officers received a report and spoke to a witness.

Squads canvassed the area and located no suspects and no injuries were reported.

This is Duluth’s 18th shooting since July and the 28th shooting so far this year.  There were 22 shootings in 2019.

Floyd's Cause Of Death, Ex-Cop's Force Will Be Keys At Trial