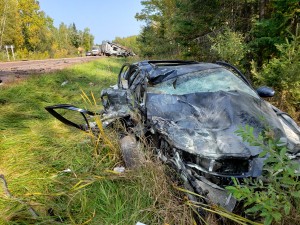 TOWN OF BARKSDALE, Wis. — One person is dead and another was hospitalized Monday after a reported erratic driver slammed into oncoming traffic — setting both vehicles on fire.

The accident happened Monday just before 12:30 p.m. on Wedal Road in the Town of Barksdale, which is in Bayfield County. 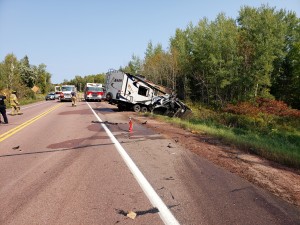 First responders and a bystander helped get the victims out of their vehicles.

The driver of the erratic vehicle died on scene.

One person in the pick-up truck pulling a camper trailer was hospitalized for unknown injuries.

The second person in that vehicle was not hurt.

Names will be released after family is notified.

The cause of the crash is under investigation.

Officials Reassure Voters About Election Being Secure and Having No Interference