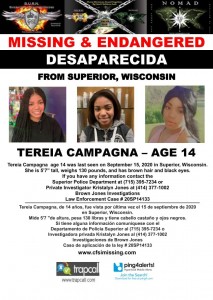 At this time, police believe this is a runaway case.

If you know of her whereabouts, you’re asked to contact Detective Joel Markon at the Superior Police Department: 715-395-7409.