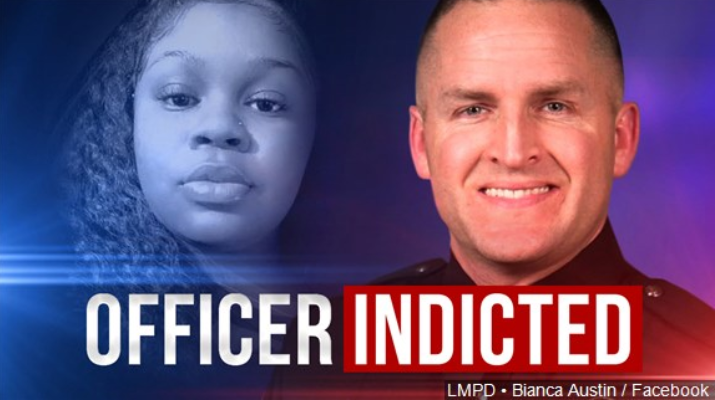 LOUISVILLE, Ky. -A grand jury has indicted one officer on criminal charges six months after Breonna Taylor was fatally shot by police in Kentucky.

The jury presented its decision against fired officer Brett Hankison Wednesday to a judge in Louisville, where the shooting took place. Taylor was shot multiple times by officers who burst into her home on March 13 during a narcotics investigation.

The jury announced that Hankison was charged with three counts of wanton endangerment – not for shooting Taylor but for firing into into neighboring apartments the night of the March 13 encounter.