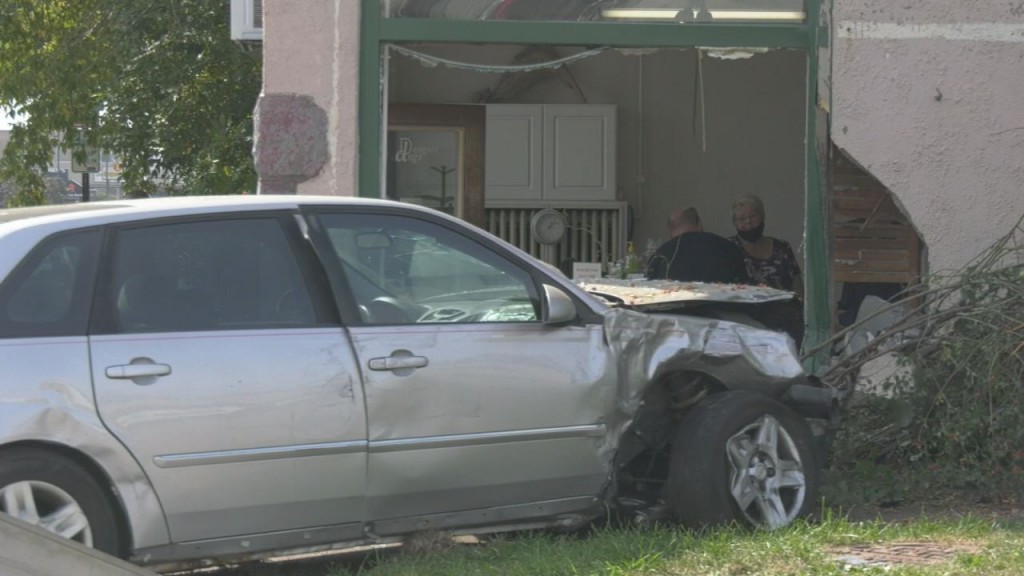 DULUTH, Minn. – A 27-year-old male was arrested Wednesday afternoon for a fleeing the scene of a crash that sent one woman to the hospital and damaged a local business.

Duluth police say they responded to reports of a two-vehicle crash at the intersection of 15th Avenue East and Superior Street around 12:11 p.m.

After arriving on the scene officers learned that a silver Chevrolet Malibu, driven by the 27-year-old male, had run a stop sign and struck a blue 2015 Chevrolet Equinox, driven by a 58-year-old female, that was going through the intersection.

Both vehicles crashed into the west side of a building which is the location of a local dog grooming business, Designer Dogs. Police say no employees or animals were injured inside the building as a result of the crash.

Authorities say the male driver fled the scene of the accident but later returned and was uncooperative with police.

The male was eventually arrested and brought to the St. Louis County Jail for gross misdemeanor fleeing an accident scene resulting in injury.

The female driver was transported to the hospital for her injuries. Her condition is not known at this time.

The male driver sustained minor injuries from the crash.

Police say impairment is thought to be a factor in the accident.