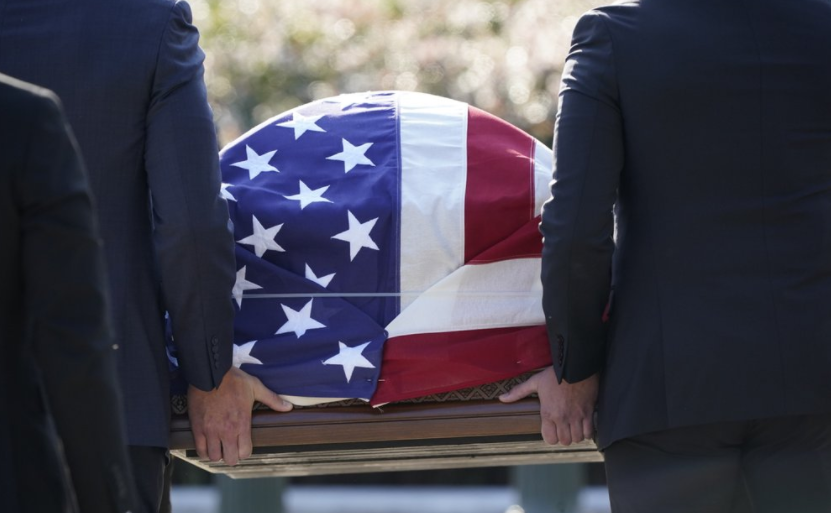 WASHINGTON (AP) — The casket of late Justice Ruth Ginsburg has arrived at the Supreme Court for a private ceremony with the eight remaining justices, family, and colleagues.

Ginsburg’s flag-draped casket arrived at the court at 9:30 a.m. and was carried into the court’s Great Hall past her former law clerks who lined the steps and wore black masks.

Ginsburg will lie in repose for two days at the court where she served for 27 years and, before that, argued six cases for gender equality in the 1970s.

Thousands of people are expected to pay their respects during two days of public viewing outside the court.