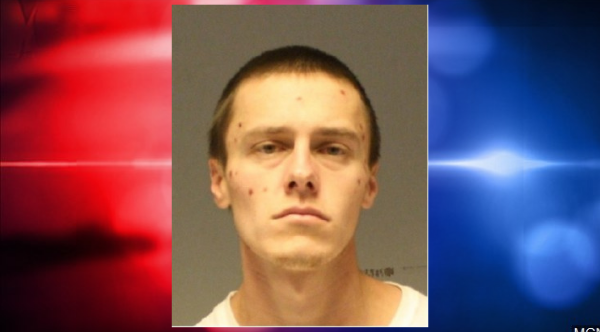 DULUTH, Minn. – A Duluth man who was sentenced to four years in prison in 2016 for killing a pedestrian while driving under the influence of a controlled substance pleaded guilty on Tuesday to first-degree driving while impaired.

According to the criminal complaint, a concerned driver called police on the afternoon of March 9, 2019, due to a vehicle that was blocking traffic to the off-ramp of I-35 on to southbound Grand Avenue which appeared to have a person inside that was having a seizure.

When an officer arrived at the scene they found David Andrew Smithson, 31, in the vehicle and noted involuntary jerking of his hands and arms.

According to the complaint, Smithson told the officer that he had been driving but stopped due to traffic.

While Smithson was speaking with the officer he climbed to the passenger seat of his vehicle and fell asleep.

The officer located the sock with the needle that appeared to contain methamphetamine residue within it.

Smithson admitted to the officer that he had used methamphetamine and heroin earlier in the day.

He agreed to a sobriety test where the officer noted Smithson had ‘extremely constricted pupils’ and impairment during the walk and turn portion of the test.

Smithson is scheduled for sentencing on November 10 at 9:00 a.m.