7-Year-Old from Virginia, MN Collects Truck-Load of Donations for Homeless at CHUM

"Because there are homeless people in the world and they had nothing, they had to dumpster dive to get food," said Grayson Zebro.

DULUTH, Minn.- With a pandemic-ravaged summer coming to an end and another cold Minnesota winter around the corner, the homeless population in Duluth is getting some help from a small but mighty source.

A room fills with donations at the CHUM Shelter in downtown Duluth, gathered by the 7-year-old Iron Ranger with a desire to help. 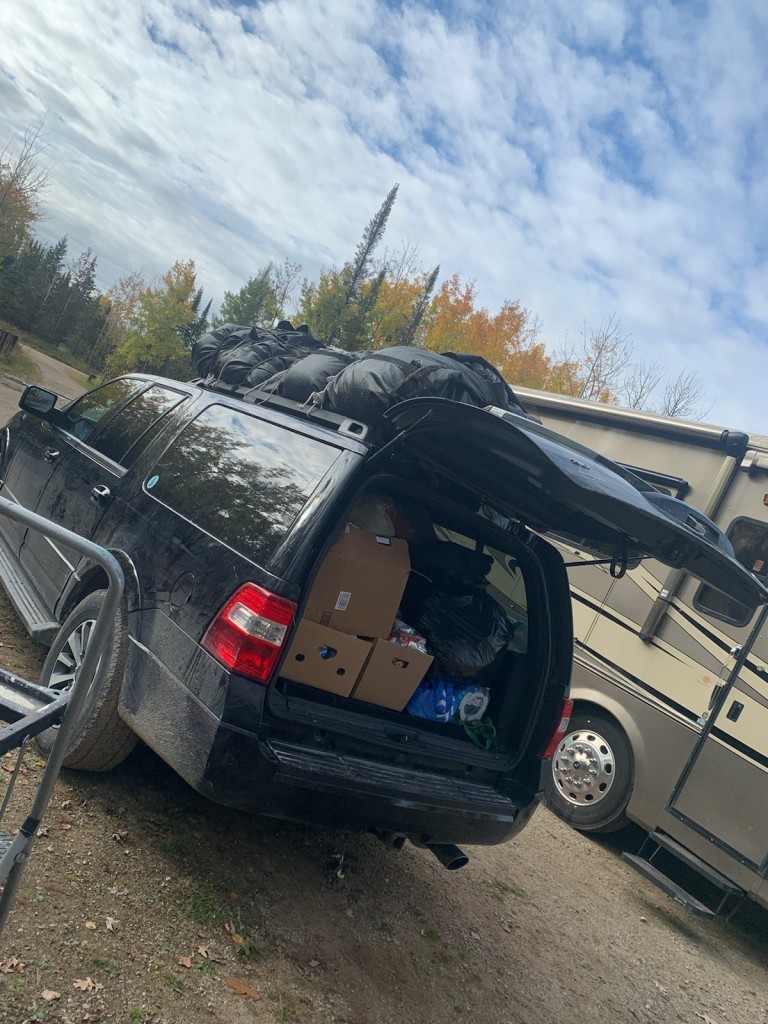 The Zebro’s Ford packed and stacked.

“Because there are homeless people in the world and they had nothing,” Zebro said, “they had to dumpster dive and get food.”

Zebro and his family dropped off the truck load to CHUM Saturday. “I have a Ford Excursion and it was full, we had to put stuff on the roof actually to get it here,” said Grayson’s mother, Dano Zebro.

Over two weeks with the help of Marquette Catholic School and Holy Spirit Catholic Church in Virginia, the second grader collected items for those in need going into the winter.

Holman, who also works at the Human Development Center, said Grayson’s work couldn’t come at a more crucial time. “It’s been a pretty rough year we saw an 18% rise in homelessness from, with our unsheltered count in 2019.”

The 7-year-old decided to help after first learning about people who don’t have a roof over their head.

“A friend of mine was on Facebook and was helping Deb trying to find sleeping bags and tents and stuff,” his mother Dano said. “So Grayson and I sat and talked one night about what it meant to be homeless.”

After that, Grayson took his mom’s phone and made a call to help that went viral.

“Ok, so, did you guys know that there are homeless people in the world?” he began his Facebook Live, “They don’t have houses…”

“For a seven-year-old to understand that one child can make a difference in the world I hope other people learn from his example,” said his mother.

She adds that homelessness is among topics that all parents should discuss with their kids. “I think any conversation that it’s important, is important to have with your kids whether it be homelessness, suicide, drug addiction.”

“Cause if you don’t talk about it, we’re never gonna fix it,” she said.

Holman said she hopes to have most of this load of donations distributed this weekend.

Despite Grayson’s generosity, she added there’s still so much more others can do to combat the larger issue. “Please call your elected officials and tell them this is not okay, that people have to live on the streets.”

“We need, we need a solution not a band-aid,” she said. “We need housing.”

Grayson, too, expressed concern for those people’s situation in his video message. “Otherwise these people catch colds and all that,” he said.

But the young man demonstrated that it all starts with an urge to help. “Anything that you guys can give,” he says earnestly in the video.

An earnestness, that makes his mother teary eyed, and “pretty proud.”

Grayson’s not done. He’s still accepting donations at his house, school and church back in Virginia. So as he continues to help, he hopes his video pushes others to do the same.

“So donate stuff,” he says in the Facebook live, “please.”