"Jim was a huge inspirational character in this area. Just missing him drive by and waving. It was a kind of a daily routine." 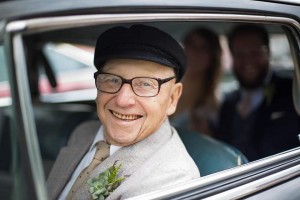 BAYFIELD, Wisc. –  For the first time in decades, the Apple Fest didn’t happen last weekend, but crowds still showed up for some of the usual activities.

“It was great. The people that came here were fantastic,” Erickson Orchards Owner, Fred Erickson says.

Instead of the usual vendors setting up booths downtown, visitors ventured out to the farms.

“A lot more people did the fruit loop this year instead of parking downtown. I think it was nice for the customers too because they got to see more of Bayfield instead of the two main streets,” Apple Hill Orchard Owner, Justin Sexton says.

And that’s just what Jim Erickson would have wanted.

“How fitting. He left the earth at the same time of Apple Fest weekend,” Erickson Orchards Owner, Fred Erickson says.

How Jim founded the festival is a story told around the community.

“What began as a flat tire on the side of the road selling apples out of the side of his truck has turned into an amazing celebration for Bayfield and the surrounding communities. I think that will always be his legacy. I think of him more of his smile then all the things he’s done,” City of Bayfield Mayor, Gordon Ringberg says.

After watching cars come out to the farm on Saturday, the founder of the festival passed away the next day at the age of 90.

“It doesn’t matter if they are 40 or 90. It hurts just as much. I’m going to miss the heck out of him,” Erickson Orchards Owner, Fred Erickson says.

Now, Fred and his sisters will continue to work on the farm without the watchful eye of their father.

“I’m still going to be looking back and looking for him,” Erickson says.

What the founder leaves behind is a legacy and a lasting impression on other farmers.

“Jim was a huge inspirational character in this area. Just missing him drive by and waving. It was a kind of a daily routine,” Apple Hill Orchard Owner, Justin Sexton says.

His son, Fred, knows he has some big shoes to fill.

“It’s a lot. People don’t realize until they actually spend time here. And to see the effort it takes to run a facility like this,” Erickson says.

But Fred Erickson knows his father passed down all of the knowledge to him leaving the family tradition in good hands.

“When he left here. He looked at me and said ya know son, I’m really really proud of you. You’ve done well,” Erickson says.

A celebration of life for Jim Erickson will be held at one o’clock at Erickson Orchards in Bayfield.

Anyone who knew him is welcomed to pay their respects.