"The only conclusion you can possibly glean from the facts is that that officer intended to kill Mr. Fyle," Attorney Andrew Poole said.

DULUTH, Minn.- The attorney for an unarmed man shot by Duluth Police one month ago during a domestic assault call is calling for the officer to be fired, and for the city to be more transparent.

This comes as the Minnesota Bureau of Criminal Apprehension has not yet concluded its independent investigation into the case. 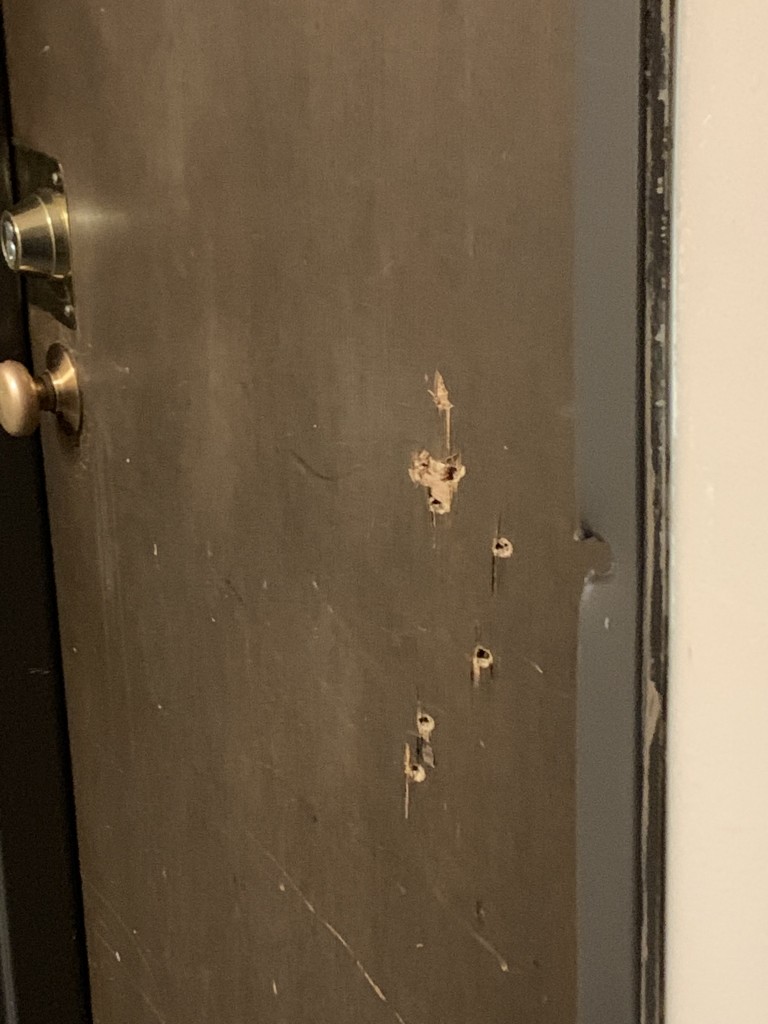 They are the bullet holes Officer Tyler Leibfried fired his weapon through, hitting 23-year-old Jared Fyle once in the shoulder.

Fyle is recovering at home with the bullet still lodged beneath his shoulder, according to Poole.

The BCA’s preliminary report concluded no shots were fired inside the apartment and no firearms were recovered there, even though officers reported hearing gunfire before Leibfried fired his weapon.

On Monday Poole said he has made “multiple requests” to the City of Duluth to release all investigative reports to the public — but he says those requests have gone unanswered.

“There is apparently body camera footage,” said Poole. “None of that has been disclosed. There is no reason that information, that material can’t be disclosed to the public.”

The attorney said a lawsuit against the city is not off the table.

“The only conclusion you can possibly glean from the facts is that that officer intended to kill Mr. Fyle,” Poole said.

And also Monday a spokesperson for the Duluth Police Department told us the Department can’t comment or provide further information on this case at this time because of the BCA’s ongoing investigation.