PROCTOR, Minn. – The City of Proctor is dealing with a bit of a wildlife problem.

Multiple coyotes have settled in, and it’s causing a ruckus for many residents.

Instead of taking an extreme approach to dealing with the situation, the city’s mayor is calling in the famed Fur-Beatles and their owner to investigate with a humane solution in mind.

“Proctor holds a special place in my heart and so does what I’m doing,” said Joe Thompson, owner of the Fur-Beatles.

If you pass by the Proctor Fairgrounds this fall, chances are you’ll see English Mastiff’s Ringo and Paul, and their owner Joe.

His gentle giants give plenty of compassion, and also have a sense of smell that’s out of this world.

Many residents of Proctor are reporting a lot of coyote sightings, so the mayor, Chad Ward, called up his old friend from high school to help come up with a safe, humane solution.

“We started to discuss this and come up with a way where the coyotes aren’t being harmed, where it’s not hurting anybody because half the people probably don’t have a problem with coyotes running through their yard,” said Thompson.

This is where the Fur-Beatles have come in handy, putting their paws to a good cause.

“These guys can take me where they need to go, and I use that coyote gland sent and I make them smell it so they know exactly what to find,” said Thompson. “They’re very capable of deciphering what you want.”

So slowly, yet precisely, Ringo and Paul have helped Joe figure out den destinations, and where these creatures go when night falls.

“I can’t use bait, I’ve tried coyote glad lures and scents and stuff and maybe some feathers,” said Thompson.

The Fur-Beatles have helped their owner track over ten coyote dens in Proctor.

While their job is done, the work continues for Thompson.

It’s now his job to keep a keen eye on tracks, patterns, and movement of these urban coyotes. He’s using one live trap, natural camouflage, and plenty of patience.

“My main goal is making sure I’m not harming something that has every right to be here. We grow as a population and so do they, and they benefit from us, but they also can cause serious issues such as mange,” said Thompson.

With his son Fischer as his sidekick, Joe is filled with joy to be doing what he loves while his late father, Bill Thompson, remains deep in his heart.

“My dogs and everything I do revolve around trying to show people what my dad showed me which is the magic that’s around you everywhere,” said Thompson.

Over the next two weeks, Joe, Fischer, and the Fur-Beatles will spend quality time together to minimize a mounting problem with wild scavengers.

His goal is to live trap at least one coyote so he can prove the operation is possible.

It’s a process that’ll take time, but one Joe hopes will prove how intelligent these pups are for future use down the road.

“If they can find a two-month-old or a one-month-old coyote den, finding a human would be very easy for them. Next to the Bloodhound, I don’t know of a dog that has a better nose,” said Thompson.

Joe and the Fur-Beatles are under a two-week contract with the City of Proctor, however, he says if the operation shows signs of success, he’s hoping to extend his work.

Once a coyote is caught in the live trap, he will relocate it at least 50 miles away from Proctor to minimize the chances of the animal making its way back to the urban area. 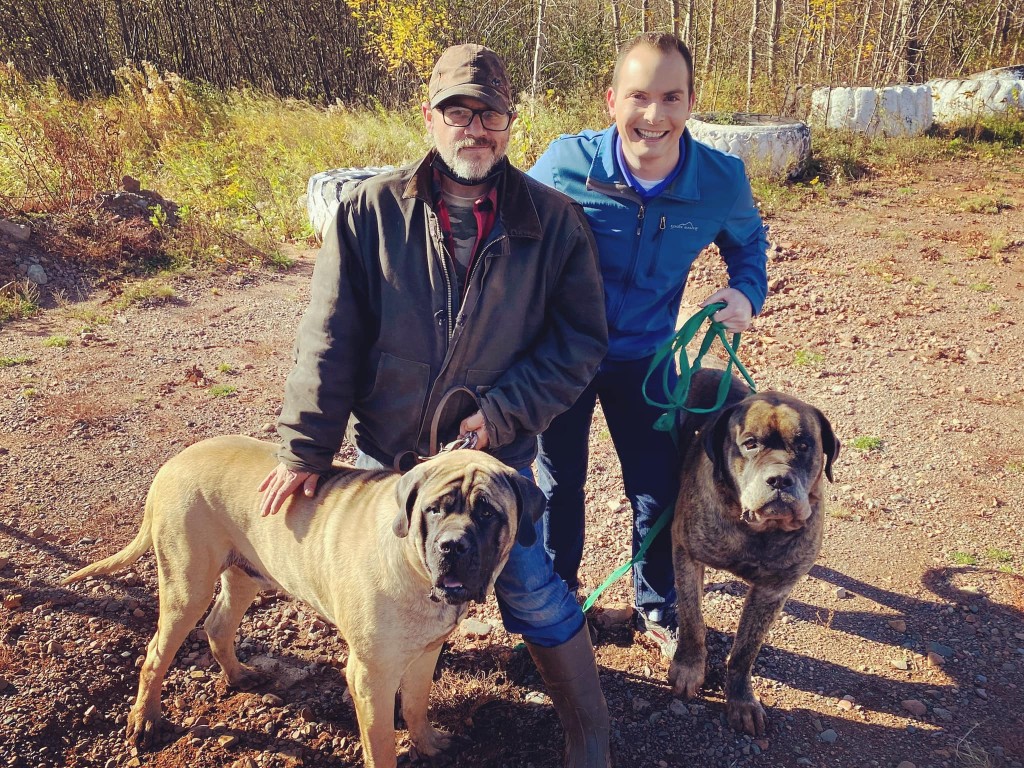 Joe Thompson with two of his three Fur-Beatles, Paul and Ringo

St. Luke's Urging People Not To Delay Care During The Pandemic