Judge Finds Cases Against 5 in Whitmer Plot Can Move Forward 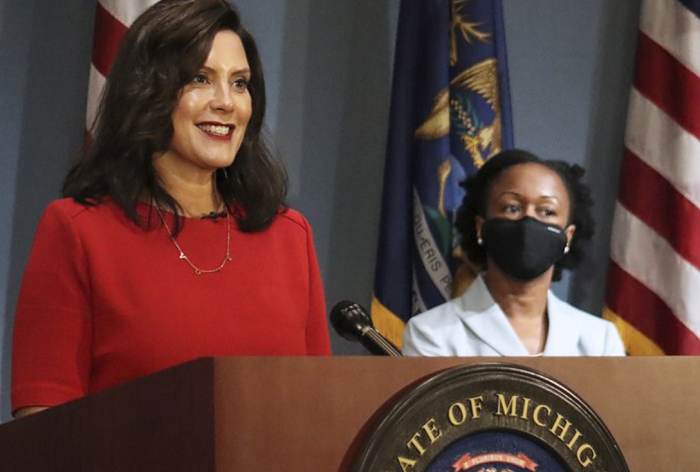 (Michigan Office of the Governor via AP, File)

GRAND RAPIDS, Mich. (AP) — A federal judge has ruled that prosecutors have provided enough evidence to move toward trial for five Michigan men accused of plotting to kidnap the state’s governor.

A two-day preliminary hearing this week featured testimony by one of the FBI agents who ran the investigation, relying on confidential informants and undercover agents to thwart the purported scheme.

U.S. Magistrate Judge Sally Berens said Friday that the five men’s cases can go to a grand jury, which will determine whether to issue indictments. That is required for them to face trial.

Berens is also set to consider Friday whether two of the men should be denied bond.