An Ashland couple discovered the small wooden vessel on its journey to the ocean.

DULUTH, Minn.- Ships coming in off Lake Superior is a common sight on Northland shores. But a small wooden boat found on the Apostle Islands has a history as long as a barge, starting in Duluth in 1993.

“We were just in the right place at the right time,” said Mike BeBeau Sunday.

Mike and his wife Lynn happened upon the very different vessel while on a trip from Ashland to see the fall colors back on October 7th.

“While we were on the beach walking I noticed a little piece of red colored wood kinda sticking up about 20 ft. from the water,” Mike said, “and lo and behold it’s this boat!”

A small, red white and blue painted, handcrafted wooden boat with a message about its mission scrawled underneath: 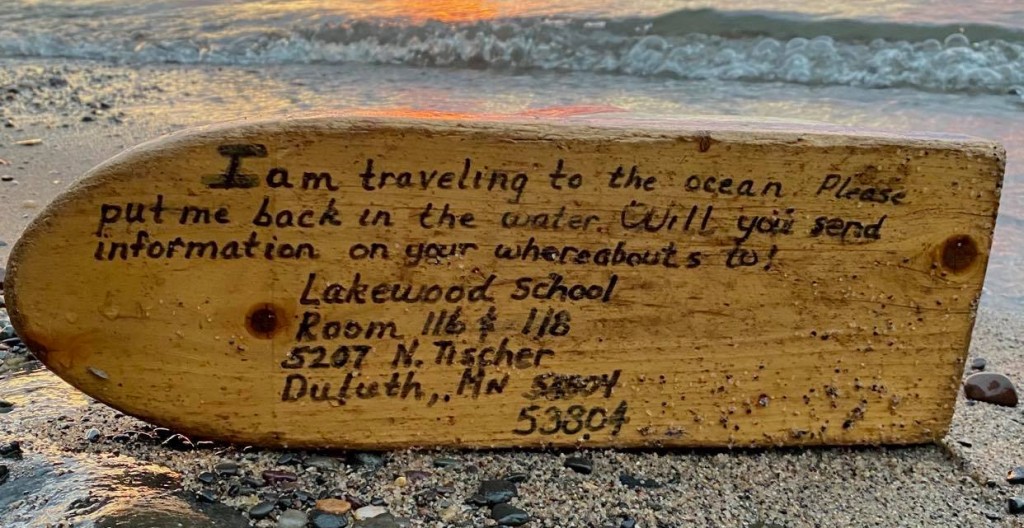 So Lynn went online and to the Duluth School District.

“They put it on the school website and some other teachers recognized it and that’s how they got in touch with us and let us know when it was done,” she said.

But she was not ready to discover the boat’s origins. “I really thought that it was sent out in the last year or two.”

The small, simple wooden boat faced the elements of the Lake for almost three decades before washing up in the sand of the Apostle Islands.

And Lynn’s investigative work paid off, quickly attracting the attention of the two former Lakewood teachers who sent the boats off.

“I first saw it on the Duluth School Facebook Page. Just disbelief that it would still be around 27 years later,” Brenda Schell said.

Schell, and her teaching colleague Bonnie Fritch had the idea after their class finished the book Paddle-to-the-Sea by Holling C. Holling.

In the book, an indigenous boy crafts a small wooden boat with a similar message carved in the bottom. He sends his craft on a journey through the Great Lakes to the Atlantic Ocean.

“I guess our hopes were that maybe it would make it to the ocean but it would travel around and we would get some letters back form people along the way,” said Schell.

While they didn’t get many letters back, she was surprised the class’s note on the wood lasted. “You can still read the writing on the bottom.”

“That was literally magic marker on the bottom of the boat,” she said, “with a polyurethane coating.”

Schell wasn’t the only person who couldn’t believe the boat survived all these years.

“We heard a few people on social media say they thought it was fake because there was still paint left on the boat, the edges are all round,” she said.

According to Mike, the cold waters of Lake Superior might have added an extra layer of protection.

“Lake Superior is very very cold and if there’s something in the water it’s gonna be preserved for a period of time. Like wood for instance that is submerged can last years and years and years in the lake,” he said.

But even he doesn’t know for sure. “That’s just part of the mystery that little boat will take with it,” his wife said. 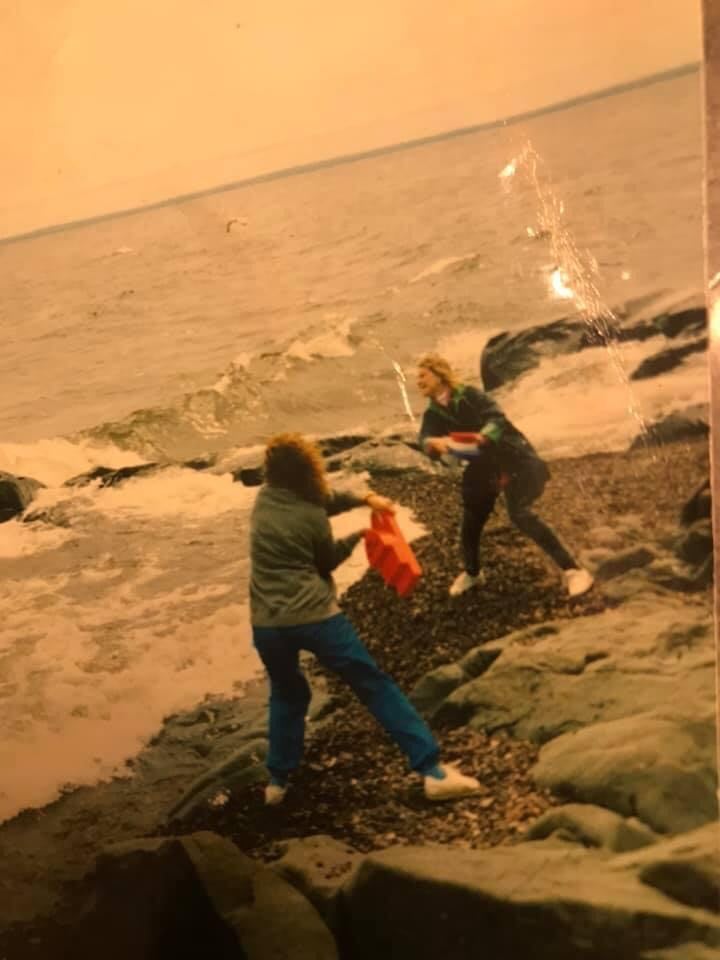 Brenda and Bonnie launched the two wooden boats back on a chilly spring field trip — in 1993.

“We were at Brighton Beach so we just launched the boats and threw them,” Bonnie said, “and as you can tell it was very windy I think the boats were pretty much coming back as soon as we threw them out.”

Following the start of its journey at Brighton Beach, the little boat did travel a long way. But its story went farther than the two teachers could have ever imagined.

“In a way it’s already reached the ocean,” Mike said. “I have family in Canada they saw it or clips of it, we have friends on both coasts and they’ve seen it,” Mike said.

“It just puts a smile on peoples’ faces ’cause we all need that right now,” said Lynn.

The couple found out that the boat has been found previously in Beaver Bay. So they put the boat back in the water, as it instructed.

Now the small 2nd grade class project thought up by two Duluth educators is part of the history of the Northern Waters.

And it awaits the next person to pick it up and hear its story.

“You never know the ripple you’re gonna make — in a child’s life or anywhere — when you teach,” said Schell.