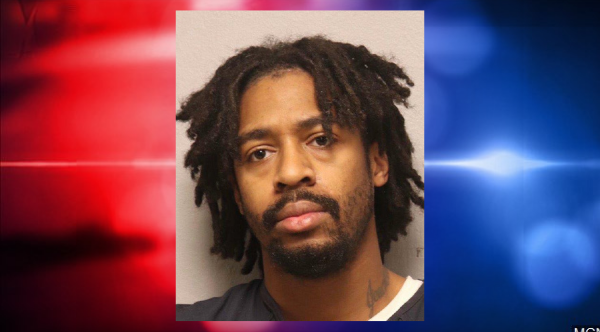 EVELETH, Minn. – The Eveleth Police Department says the suspect in the Subway parking lot shooting is now in custody.

Jamar Maurice Smith, 29, was taken into custody just after 6 p.m. on the 800-block of 12th Street North in the city of Virginia.

He was brought to the Virginia St. Louis County Jail and booked for second-degree assault-firearm-substantial bodily harm and domestic assault.

The Eveleth and Virginia Police Departments, the St. Louis County Sheriff’s Office, and the Minnesota State Patrol worked together to find Smith.

The Eveleth Police Department says they are searching for a suspect in a shooting incident that happened Monday afternoon in the Eveleth Subway parking lot.

According to police, officers were dispatched to the Subway parking lot after receiving reports of a shooting at 551 Hat Trick Avenue around 10:21 a.m.

Reports indicated that a black male suspect was seen approaching and shooting into a white Pontiac parked outside of the Subway.

The male suspect has been identified as Jamar Maurice Smith.

He is described as in his mid to late twenties, with shoulder-length dreadlocks, possibly wearing grey sweatpants and a dark blue sweatshirt with an unknown logo on the front, and is considered armed and dangerous according to police.

The white Pontiac left the parking lot before police arrived, but the vehicle was stopped by law enforcement on northbound Highway 53 near the I35 bridge.

Authorities say the male passenger was bleeding from the head area and the female driver had sustained minor injuries from reportedly being assaulted by the suspect.

The male passenger was transported to an emergency room where he was treated for a non-life-threatening gunshot wound to the head.

Anyone with information regarding Smith’s whereabouts is asked to call 911 or the Eveleth Police Department at 218-744-7560.

Court: Rittenhouse Bound Over for Trial in Protest Shootings