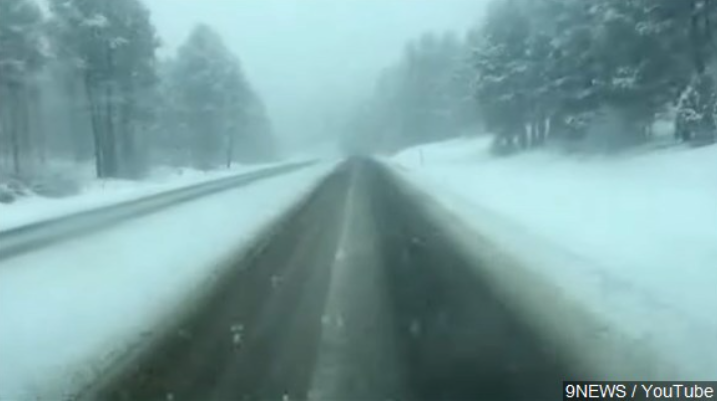 (FOX 9) – Roads are snow-covered and slippery in much of Minnesota as of Tuesday afternoon as a fall snowstorm hits the state.

The State Patrol responded to 346 crashes between 11 a.m. and 4:30 p.m. 34 of those crashes involved injuries, including one serious injury. No fatalities were reported. 345 more vehicles spun out or off roads and 17 semis jackknifed in the storm during that timeframe, too.

The Minnesota Department of Transportation traffic map shows most roads in the state are at least partially snow-covered and roads are completely snow-covered in central Minnesota, including the Twin Cities metro. Drivers are reminded to check the MnDOT website at 511mn.org before heading out.

The early season snowstorm is causing closures across the area. In Minneapolis, the city’s absentee ballot drop off locations are closing early at 3 p.m. so election workers and voters can get home safe.

New Hope has declared a snow emergency, effective until 2 a.m. Wednesday, so the city can plow the streets.

The snow is expected to continue through the afternoon and start to wind down around sunset.

The Minnesota State Patrol has issued the following reminders for driving in wintry conditions: