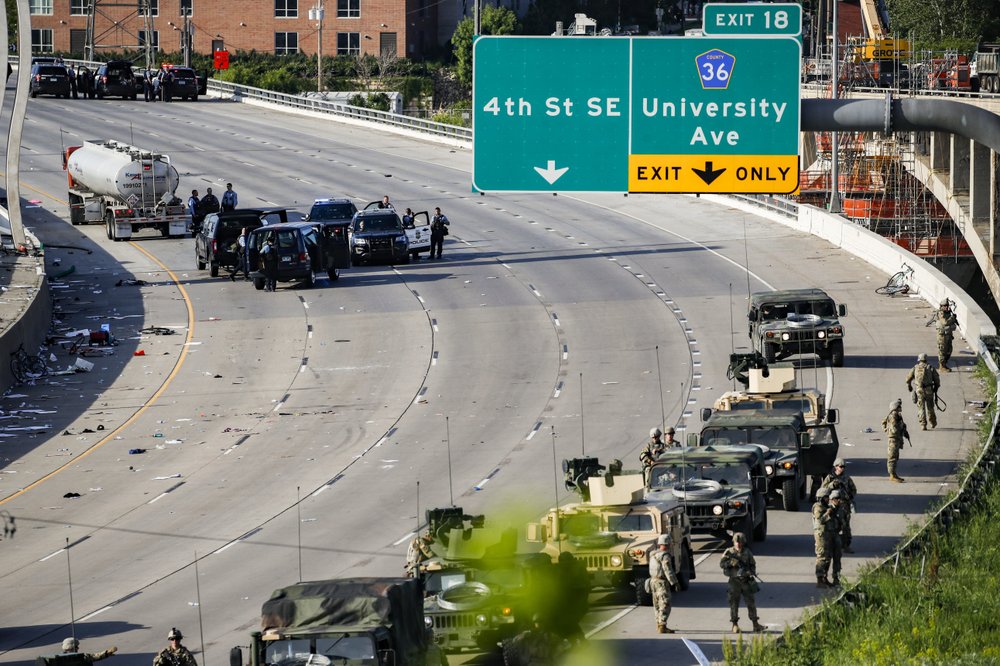 MINNEAPOLIS (AP) — A truck driver who drove into a large crowd of protesters on a bridge in Minneapolis following the killing of George Floyd was charged Thursday with two criminal counts.

Hennepin County prosecutors charged Bogdan Vechirko, of Otsego, with making threats of violence, a felony, and criminal vehicular operation, a gross misdemeanor, the Star Tribune reported. Prosecutors allege that he sought to “scare” protesters out of his path and could have seen them with plenty of time to stop before his truck reached them.

Vechirko, 35, drove onto the Interstate 35W bridge over the Mississippi River as thousands of people protested the death of Floyd, who died six days earlier in the custody of Minneapolis police. Nobody was seriously hurt, though criminal complaint says at least one protester suffered abrasions as she jumped to get out of the truck’s path.

Vechirko told investigators he was returning from a fuel delivery in Minneapolis and didn’t mean to drive into the protest or hurt anyone. Authorities had closed area highways as a precaution, but traffic camera video showed that the trucker entered the downtown freeway system from a ramp that wasn’t barricaded, for reasons that remain unclear.

When Vechirko saw the crowd on the bridge, he “relied on his professional instinct and training to avoid a hard brake that could have jackknifed the truck and could have seriously injured or killed thousands of people, and instead slowed his vehicle while maneuvering through the parted crowd,” his attorney Mark Solheim, told the newspaper.

Gov. Tim Walz and Public Safety Commissioner John Harrington said at the time that it appeared that the trucker was confused about the freeway closures and didn’t intend any harm.