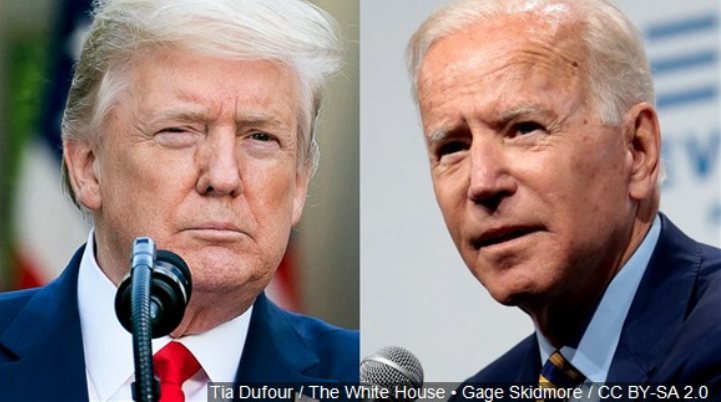 MADISON, Wis. (AP) — President Donald Trump planned to hold a rally in Green Bay on Friday, marking his third stop in a week to Wisconsin as part of a final push from both sides to capture the key swing state.

Democrat Joe Biden is also scheduled to campaign in Wisconsin on Friday, but he has not said where.

Trump on Wednesday announced the Friday stop in Wisconsin, a state he won by fewer than 23,000 votes in 2016. The Green Bay media market is a key part of the state for Trump where he needs to perform well to counter Democratic strongholds in Milwaukee and Dane counties.

Trump held a rally in the La Crosse area on Tuesday and was in the conservative Milwaukee suburb of Waukesha on Saturday.

Republicans, Democrats and elections officials have been urging people to return their absentee ballots before the close of polls at 8 p.m. on Election Day after the U.S. Supreme Court on Monday declined to allow ballots postmarked by Nov. 3 to be counted if they’re received up to six days later.

The campaign visits come amid a surge of coronavirus cases in Wisconsin, which broke records for new positive cases, deaths, and hospitalizations on Tuesday.

On Wednesday just hours before the Pence visit, the No. 9 Wisconsin football team canceled its game at Nebraska on Saturday and paused all team activities for at least seven days after a dozen people within the program including coach Paul Chryst tested positive for COVID-19.