646 People Arrested for Marching Onto I-94 in Minneapolis 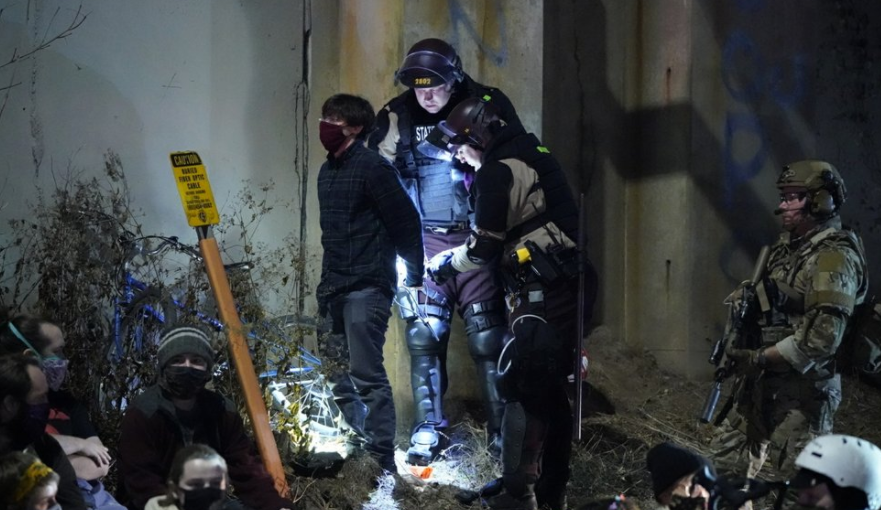 MINNEAPOLIS (AP) — Law enforcement officers arrested more than 600 demonstrators who marched onto an interstate in Minneapolis Wednesday night protesting President Donald Trump’s threats to challenge the results of Tuesday’s unsettled election, as well as a variety of social injustices.

Officers in riot gear surrounded the crowd and ordered them to sit on the pavement and wait to be arrested. At one point as the marchers awaited arrest, a spontaneous dance party broke out on the freeway.

No force or chemicals were used to make the arrests for walking on a freeway and being a public nuisance, the Minnesota Department of Public Safety said Thursday.

A section of Interstate 94 was closed while officers from a number of agencies, including the State Patrol and Minneapolis police, arrested the demonstrators one by one. The Minnesota Department of Public Safety says 646 people were cited and released.

Demonstrators criticized the officers for trapping them on the freeway, shouting that they would peacefully leave the interstate if allowed to.

“Walking on the freeway is illegal and very dangerous for pedestrians and motorists,” the State Patrol tweeted. “We respect the right of everyone to express themselves under the First Amendment, but the freeway is not a place to do that.”