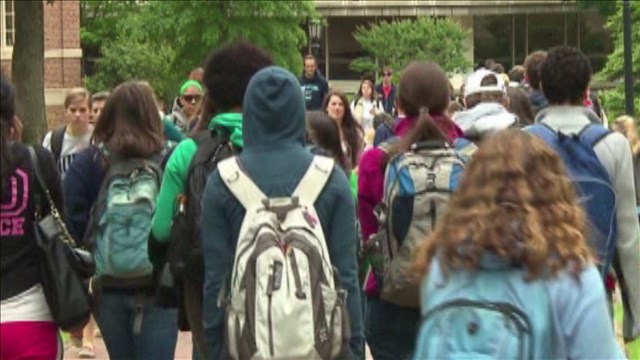 MADISON, Wis. (AP) — An increasing number of universities in Wisconsin are telling students heading home for Thanksgiving not to return for the rest of the semester.

Three University of Wisconsin System schools, Eau Claire, Stout, and River Falls, are the latest campuses to go virtual through the holidays. Students will take final exams remotely and return to campus for the spring semester.

UW-Madison and a number of private schools, including Marquette, St. Norbert, and Carroll, have already made similar plans, the Journal Sentinel reported.

University leaders are concerned that students heading home will expose themselves to people they haven’t been around for weeks or months, and then return to campus, potentially bringing the virus with them.

The state Department of Health Services reported a record 7,497 new confirmed cases on Thursday, shattering the old record of 7,065 set just five days ago on Saturday. The department reported the disease was a factor in 58 more deaths. The state has now seen 293,388 infections and 2,515 deaths.

Gov. Tony Evers said during a news conference that he expects to introduce a package of pandemic relief legislation next week. He declined to reveal any details of the proposals but did not sound optimistic that Republicans who control the Legislature would sign-on.