NERCC staff reported that Keith Cochise Bellanger had just fled on foot from the property. 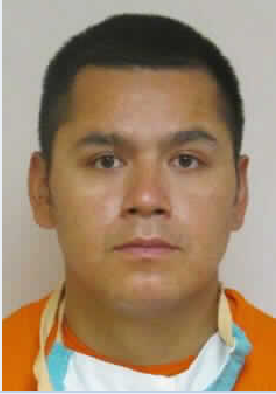 SAGINAW, Minn.- Authorities with St. Louis County Sherriff’s Office are on the hunt for an escapee from the Northeast Regional Corrections Center (NERCC) Friday.

According to the Sherriff’s Office, on November 13, 2020 at approximately 4:00 p.m., the St Louis County Sheriff’s Office was advised of an escapee from NERCC.

NERCC staff reported that Keith Cochise Bellanger (33) had just fled on foot from the property.

Bellanger was being transferred to the secure wing of the facility when he took off, officials said. Deputies arrived a short time later and began following Bellanger’s tracks in the snow.

Deputies followed the tracks to Shady Ln on Caribou lake and lost the tracks.  A K9 unit arrived and reacquired the track, following it for approximately 4 miles through the woods, ending up on Lindahl Rd, where they again lost the track.

The area was searched, but Bellanger was not located.

If anyone sees Bellanger or has information of his whereabouts you are asked to contact the St Louis County Sheriff’s Office.

Assisting in the search were the MN DNR, MN State Patrol and the US Border Patrol.