Report on Possible Merger of DECC, Visit Duluth to be Released Wednesday 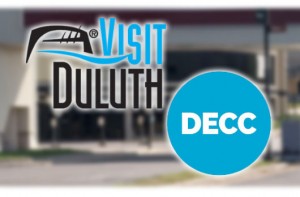 DULUTH, Minn. — The possibility of merging the DECC and Visit Duluth will come to the table Wednesday as board members for both entities are presented a report on the pros and cons of the idea.

The possible merger was first made public in September as severe budget woes from the pandemic became very real for the convention center and the city’s tourism marketing arm known as Visit Duluth.

Both entities assembled their own sub-committees to discuss what a merger could look like.

The committees were tasked with developing an idea for an organizational structure that would best serve the DECC and Visit Duluth if they were under one umbrella.

DECC Interim Executive Director Roger Reinert told FOX 21 in September that a merger would give additional horsepower around sales and marketing for both organizations that are designed to attract people to Duluth.

There’s no timeline on a final decision.