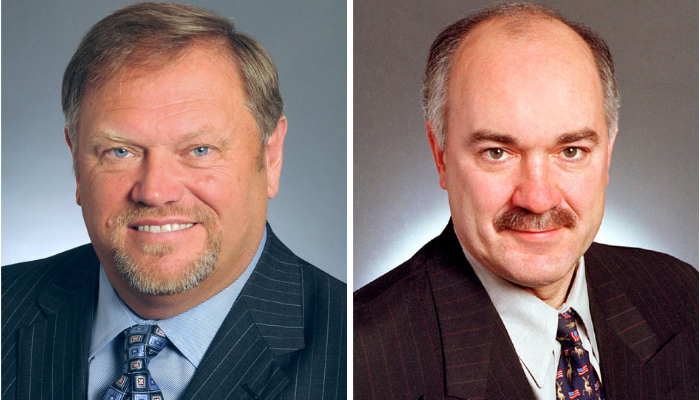 The two Senators say the new Independent caucus presents an opportunity to chair committees and makes sense to better serve their districts within the legislative framework.

“People are going to wonder why I’m doing this – and to be honest, there are several reasons. I’m very disappointed by the extreme partisanship going on nationally and right here in Minnesota,” Senator Bakk said.

“Both political parties are to blame. The constant negative and sharp rhetoric is undermining voters’ confidence in our public institutions. It doesn’t have to stay this way.”

“We have worked across party lines our entire careers,” Senator Bakk said. “David and I have always voted our districts. We have always represented our districts as bipartisan and moderate members of the legislature. Forming this new caucus is just a natural progression of aligning more with moderate than the far right or left. Additionally, we will not stray from the values of Northern Minnesota and what our people are most passionate about — our economy and jobs that support our families and our economic lifeline of mining and wood products. Our natural resource-based economy is critical to our region of the state.”

Last week Senator David Tomassoni was voted to serve as President of the Senate on a bipartisan vote of both Democrats and Republicans. This is the first time in Minnesota history that there is a President elected from a minority party.

“Serving as chair of a Senate committee will allow me to better serve my communities and deliver results for my district,” Senator Tomassoni said. “My constituents elected me to serve them to the best of my abilities. The Iron Range has provided the ore that has forged the steel
that has made the bridges of America. If we expect to actually bridge the partisan divide, someone must take a proactive step to build such a bridge. I consider this to be a positive approach in an attempt to move away from the negative and partisan rhetoric while continuing to
fully support our way of life on the Iron Range.”

Tomassoni added, “People in the last election made it pretty clear that they wanted us to work together. For me, that means a path forward to solving our economic and pandemic crisis in a bipartisan fashion.”