According to a city spokesperson, firefighters responded to a call of a fire there at 9:32 a.m. Saturday. 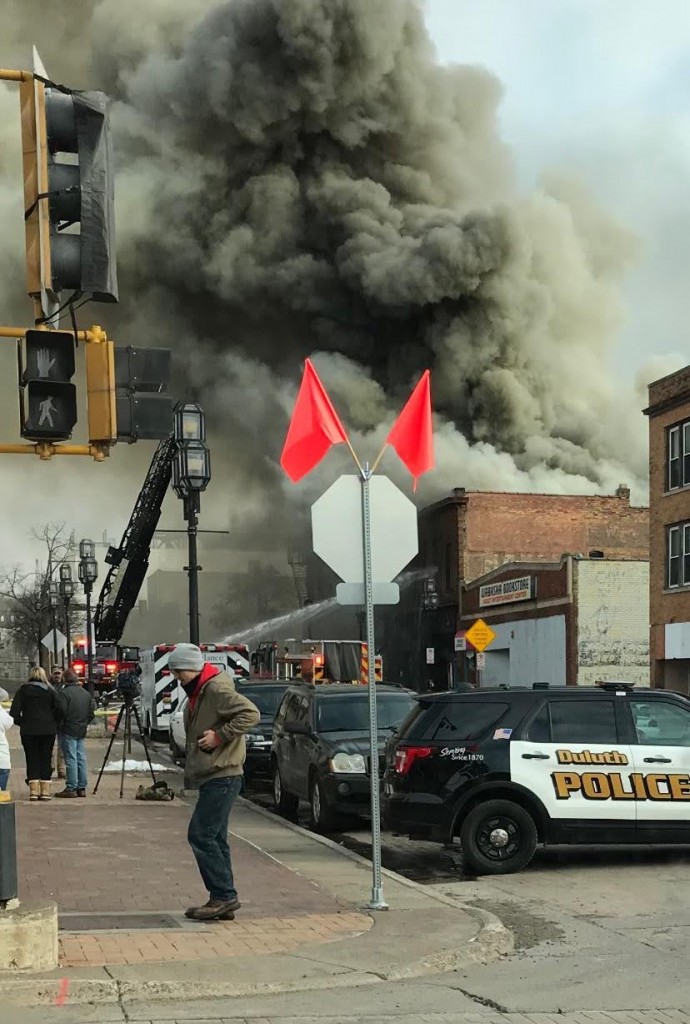 DULUTH, Minn.- The Duluth Fire Department responded to at a warehouse commonly known as an antique shop on the 100 Block of East 1st Street Saturday morning.

According to the Duluth Fire Department, at 9:31 a.m. the DFD received a structure fire call at 118 East 1st Street. Crews arrived on-scene at 9:32 a.m. and immediately began attempts to put the fire out.

A spokesperson with the city said Crews believed the fire started on the 3rd floor of the building. There are no injuries to report at this time.

Officials said the owner of the building reported that it had been used as a warehouse for the past few years. It was originally an antique shop.

The cause of the fire is still under investigation by the Duluth Fire Marshal’s Office.

Traffic has been detoured around the scene, and 1st Street between 1st Avenue East and 2nd Avenue East is closed to traffic.

As of 12:10 p.m. Saturday officials said the fire was still active, and firefighters would remain on scene until it was completely out.

This fire is just down the street from the condemned Kozy Bar and Apartments, which has been ravaged by fires since its closing back in 2010 — the most recent being November 1st.

St. Luke's Urging People Not To Delay Care During The Pandemic