Biden Gets COVID-19 Vaccine, Says ‘Nothing to Worry About’ 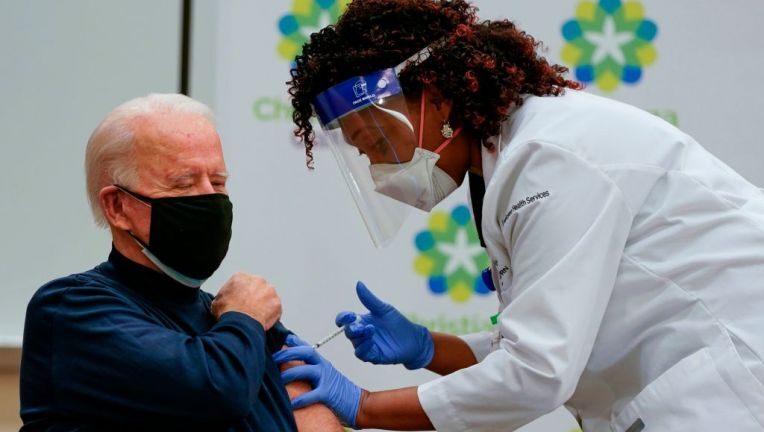 (Via Fox 9/Photo by ALEX EDELMAN/AFP via Getty Images)

NEWARK, Del. (AP) — President-elect Joe Biden received his first dose of the coronavirus vaccine on live television as part of a growing effort to convince the American public the inoculations are safe.

The president-elect took a dose of Pfizer vaccine on Monday at a hospital not far from his Delaware home, hours after his wife,  Jill Biden, did the same.

The injections came the same day that a second vaccine, produced by Moderna, will start arriving in states.

It joins Pfizer’s in the nation’s arsenal against the COVID-19 pandemic, which has now killed more than 317,000 people in the United States and upended life around the globe.