A partial government shutdown could happen next week. 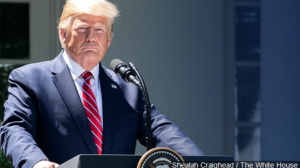 WASHINGTON (AP) – House Republicans have shot down a Democratic bid to pass President Donald Trump’s longshot demand for $2,000 direct payments to most Americans.

The made-for-TV clash came as the Democratic-controlled chamber convened its session on Thursday.

It was scheduled in anticipation of a smooth Washington landing for of unrelated, but bipartisan bills.

If Trump were to follow through on his implied veto threat, the government would likely experience a brief, partial shutdown of the government starting on Dec. 29.