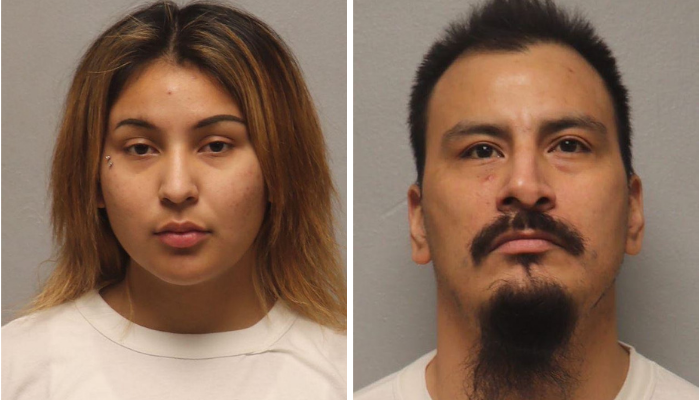 DULUTH, Minn. – Authorities say two people have been charged in connection to last week’s shooting in Central Hillside that left one victim in critical condition.

According to the criminal complaint, A Duluth Police officer was on patrol the afternoon of December 29 when he witnessed a female dragging a male on the sidewalk in front of an apartment building on the corner of Lake Avenue and West 4th Street.

When the officer approached the female she advised him that the male had been shot inside the apartment building.

The victim was taken to a local area hospital where hospital staff told authorities he had been shot eight or nine times.

During the investigation of the incident, authorities learned that the victim and Cutbank’s brother have a “contentious history” and family members believe Mr. Cutbank had attempted to kill the victim in November.

According to the criminal complaint, the victim and Mr. Cutbank were to meet in November, but the victim had someone else go in his place and that individual was killed.

Court records indicate that Mr. Cutbank is currently in custody and charged with the murder of that individual in Beltrami County.

Investigators reviewed jail calls made between Alexia Cutbank and Mr. Cutbank where Alexia states she is “going to set someone up and knows where he is at.”

According to the criminal complaint, this phone call was made at approximately 1:00 p.m. on the day of the shooting.

Additional phone calls were reviewed after the shooting where Mr. Cutbank asks Alexia if she “took care of that thing and she responds that she did.” She also informed her brother that she brought someone with her during the shooting who she identified as Steeprock.

During their arrest officers located a loaded 9mm handgun in Cutbank’s purse and another firearm that Steeprock had buried in the snow while trying to flee from officers.