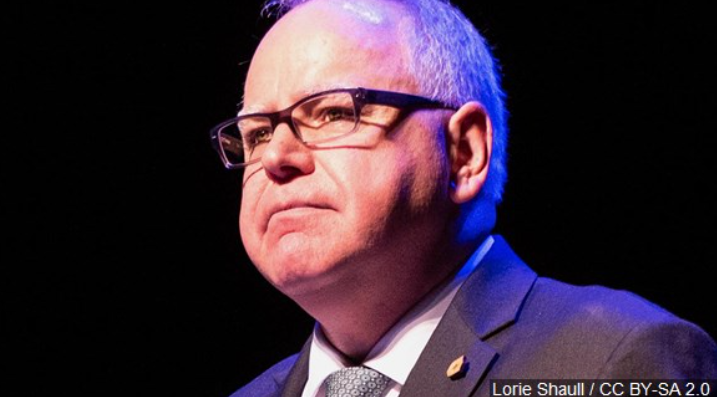 The Democratic governor also disclosed that state troopers had to take his crying 14-year-old son to safety last Wednesday during a protest dubbed “Storm the Capitol” at the state Capitol, which later shifted to the official governor’s residence.

That rally, which was peaceful, coincided with the deadly riot at the U.S. Capitol by supporters of President Donald Trump. And it was marked by some of the same sorts of incendiary rhetoric as the insurrection in Washington.

The two top Republicans in the Legislature, Senate Majority Leader Paul Gazelka and House Minority Leader Kurt Daudt, both agreed that Joe Biden won the election. And they said they condemn all violence. But they stopped short of declaring that claims that the election was rigged are false.

And they drew equivalences between the riot in Washington and the rioting that followed the police killing of George Floyd in Minneapolis last summer.

Democratic House Speaker Melissa Hortman said there will be an investigation into several Republican legislators who attended the state Capitol rally.

The leaders spoke at an annual legislative forum organized by Forum Communications.