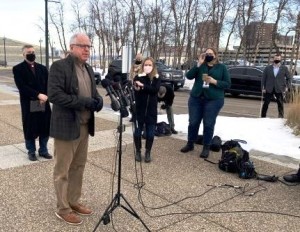 ST. PAUL, Minn. (FOX 9) – Gov. Tim Walz said Tuesday he will call up the Minnesota National Guard to deal with threats of violence at the state Capitol.

The Guard will be called up for several days, he said, likely through President-elect Joe Biden’s inauguration. The official announcement will happen Wednesday.

The FBI has warned that the Minnesota State Capitol is among the targets of a far-right extremist group called the Boogaloo movement. Federal agents said in a Dec. 29 memo that members of the group had scoped out he building. While the group had no specific attack plans, it was prepared to commit violence if a fight broke out at a planned Jan. 17 rally, the FBI said.

“We’re taking it very seriously,” Walz told reporters about his plan to call up the National Guard. “I don’t want to talk about some of the specifics because of the sensitive nature of that. But what I can assure you is that the plans are in place.”

Walz declined to say how many soldiers would patrol the Capitol or whether other buildings were also targets. A huge number of Guardsmen were stationed at the Capitol in late May and early June after riots in the wake of George Floyd’s death in Minneapolis.

The governor said the State Patrol and Department of Natural Resources officers would also patrol the Capitol but that people would be allowed to peacefully protest outside a fence that surrounds the building.

“You will see a presence of folks protecting folks’ First Amendment rights to peacefully assemble and protest,” Walz said. “I would make the case that you’ve got a pretty weak argument if you need to bring a gun to do it. But that’s some of what sounds like will happen.”

Walz said he was briefed by the FBI and law enforcement and has spoken with Michigan Gov. Gretchen Whitmer, whose Capitol is also named in the FBI memo.