DULUTH, Minn. – St. Louis County Sheriff Ross Litman says he’s confident his office is prepared to handle any potential violence against county government buildings, amid an FBI warming of “armed protests” at all 50 state capitols before, during or even after President-elect Joe Biden’s inauguration.

Litman told FOX 21’s Dan Hanger Wednesday that his deputies are on a “heightened sense of awareness,” especially concerning the county courthouses, which are mentioned as potential targets of violence across the country by the FBI. 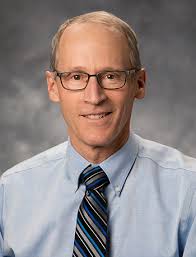 Litman says there’s no specific threat in St. Louis County, but his main goal is protecting government buildings, staff, judges, elected officials and anyone who may peacefully protest – as has been the case in his 18-plus years as sheriff.

“If we get any additional information that leads me or any other law enforcement official in this county to believe that there’s a real, credible risk here, then we can very quickly act and put additional people out and act upon that risk assessment — whatever it may be,” Litman said.

There was no immediate plan Wednesday to board up any county buildings, according to Litman.

Most of the buildings are fairly empty right now and only open by appointment because of COVID-19 restrictions. But Litman says that doesn’t downplay his office’s efforts to respond to any potential threats.

“I have faith in the citizens that live in our county and even those that come and visit – that we might be taking a few extra precautions and paying attention to what’s happened – but my hope is nothing does,” Litman said.

Meanwhile, the city of Duluth released the following statement to FOX 21 in response to the FBI’s warning:

“The City’s public safety teams, including the Duluth Police Department and Duluth Fire Department, are working around the clock to ensure that our communities are safe. They are continually monitoring the events around the country and state and are prepared to respond.”